Directed by John Wells
Drama that brings us face-to-face with the toxins that can destroy marriages and family life.

The stage play August: Osage County, which focused on three generations of a dysfunctional Oklahoma family, was highly praised and won both the 2008 Pulitzer Prize and a Tony Award. Playwright Tracy Letts's riveting work stands in a privileged circle alongside Eugene O'Neill's Long Day's Journey into Night, Tennessee Williams's The Glass Menagerie, and Arthur Miller's Death of a Salesman. Here we see ordinary people struggling with the daunting challenges of love, hate, disappointment, regret, and hope in the sacred institutions of family and marriage. In August: Osage County and its predecessors, we are brought face-to-face with the toxins of anger, resentment, suffering, and shame that threaten relationships.

In the opening scene of the film, Beverly (Sam Shepard), a poet and former teacher, is interviewing Johnna (Misty Upham), a Native American woman; he wants her to cook and take care of his wife. "My wife takes pills and I drink. That's the bargain we've struck." In the sweltering heat of August, Violet (Meryl Streep), the pill-popping matriarch of the Weston clan, comes into her husband's office to ridicule the young lady. She has lost her hair to chemotherapy treatments for mouth cancer. Violet is a very unhappy woman who plunges even deeper into depression when Beverly disappears. The body is found, and it turns out that he committed suicide.

The couple's three daughters return to the family homestead for the funeral. They have all been severely damaged by their parents' tension-filled 30-year marriage. Ivy (Julianne Nicholson), who lives alone nearby, is the only daughter who has tried to take care of her mother but in return has been constantly criticized for looking like a frump and evidencing no desire to get married. Violet takes this to be a sign of Ivy's failure as a woman. Eventually, this shy daughter's secret love affair will be revealed along with an even bigger revelation about her past.

Barbara (Julia Roberts), the oldest daughter, arrives from Colorado with her estranged husband Bill (Ewan McGregor) and her 14-year-old daughter Jean (Abigail Breslin). He is having an affair with a younger woman, and Barbara is worried about their future. Returning to her childhood home brings out all her combative behaviors and old tapes of fighting with her mother. She is the only one in the family who can step into the ring with Violet when she starts judging and condemning those closest to her.

Karen (Juliette Lewis), the youngest daughter, has looked in all the wrong places for love and is now engaged to Steve (Dermot Mulroney), a hedonistic and womanizing Florida wheeler dealer. He immediately is attracted to Jean and winds up smoking pot with her.

Also there for Beverly's funeral are Mattie Fae (Margo Martindale), Violet's sister who has been with her through hell and high water. She's married to Charles (Chris Cooper), and they have a socially inept son, Little Charles (Chris Cooper), who is unemployed. This marriage has been unraveling for years thanks to Mattie Fae's unrelenting criticism and humiliation of their son.

John Wells directs this fierce and fiery drama that sizzles and shocks with confrontations, revelations, shame-inducing criticisms, and heated verbal battles that turn physical. During a meal that starts with a meandering prayer by Charles and ends in chaos, Wells churns up the emotions; it devolves into shouting matches similar to those in Edward Albee's Who's Afraid of Virginia Woolf? Meryl Streep steps into the juicy role of Violet and uses her incredible acting talent to convey this character's incredible rage, drugged-out ramblings, cruel attacks, and self-pity episodes.

Julia Roberts puts in a stellar performance as Barbara, a middle-aged woman whose personal life is in shambles with a husband who has ditched her and an out-of-control mother who needs help beyond anything she can provide. Throughout the harrowing visit home, Barbara is under attack from her sisters, her mother, and her daughter. She fights back and then finds herself acting just like Violet.

There are so many themes in August: Osage County related to marriage and family life, but if we were to single out one, it would be shame. There haven't been many movies that deal as intensely with shaming as this one does.

Lewis B. Smedes, a gifted Christian writer on ethical matters, sees this primal feeling as one which poisons the human spirit. When others shame us, writes Merle Fossom, they use harsh and murderous words to brand us as "fundamentally bad, inadequate, defective, unworthy, or not fully valid as a human being." Whereas we may feel guilt when we make a mistake, we feel shame when we think we are a mistake.

In August: Osage Country there are many scenes of shaming. Violet, who was abused and abandoned and criticized in her birth family, carries on by humiliating those nearest to her. She hurls hostility and disgust at all her daughters and at Steve, Karen's fiancé. At the dinner table, Jean explains why she doesn't eat meat using the spiritual interpretation that she doesn't want to consume the fear the animals feel before they are slaughtered. Her uncle Charles ridicules the idea and then shifts to humiliating her as a worthless person. Shame dehumanizes another person.

This view is explained by the Jewish writer and rabbi Dov Peretz Elkins:

" 'Whoever shames another in public is like one who sheds blood.' (Bava Metzia 58b) There is a clear implication, in this passage, that embarrassment resembles murder because shaming someone in public causes that person's face to whiten, as the facial blood restricts within the arteries. This is, literally, 'shedding blood.'

"Shaming a person leaves an indelible scar. A physical wound may heal in time, but a wound on the soul is less likely to fade and heal. Perhaps it all goes back to the biblical notion of the worth of a human being. We humans are made in 'the image of God,' and any diminution of one created in the image of God is no different than demeaning God. Preserving the dignity of a fellow human, despite the effort and cost, is always considered worth the endeavor. No child of God should be subjected to an act of shame or humiliation by a fellow human being."

August: Osage Country will be disturbing to anyone who has experienced shaming or witnessed it. What's even more disturbing is that the film is being called a "comedy"! It was recently nominated for "Best Comedy" Golden Globe by the Hollywood Foreign Press. When marriages are disintegrating at record levels, when bullying is epidemic in schools and online, when suicide rates are climbing, are we in denial about the consequences of shame? Since when is it funny?

Special features on the Blu-Ray/DVD include deleted scenes; commentary with director John Wells and cinematographer Adriano Goldman; The making of August: Osage County; and a featurette on writing with Tracy Letts. 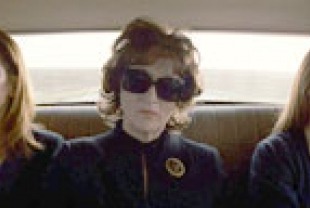 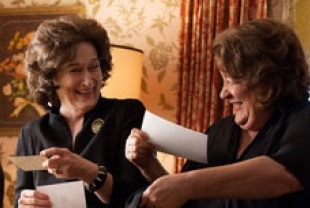 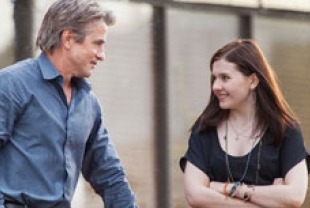 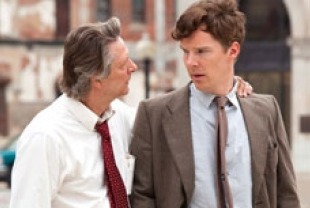 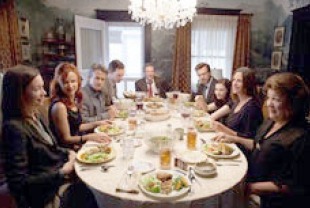