Directed by Rama Burshtein
A rare and illuminating glimpse of contemporary Hasidic life against the backdrop of ritual, Purim, marriage, and death.

Eighteen-year-old Shira (Hadas Yaron) is ready to get married. She and her mother Rivka (Irit Sheleg) go to an Israeli supermarket in Tel Aviv to get a secret glimpse of the young man the matchmaker has selected for her. Meanwhile, at their home male members of the Hasidic community meet with Shira's father, Rabbi Aharon (Chaim Sharir), for devotions.

None of these family members are prepared for the sudden death of Shira's older sister Esther (Renana Raz) during her ninth month of pregnancy. Her husband Yochay (Yiftach Klein) is bowled over with grief but is grateful that their infant son has survived.

The community wants Yochay to remarry immediately. A potential wife is found in Belgium but Rivka has her own scenario of how things should proceed. Wanting her grandchild to stay nearby, she suggests to Yochay that he wed Shira. This maneuvering puts her youngest daughter in a difficult and tense situation given her inexperience with men, her youthful naivete, and her genuine feelings for the man who loved her sister.

In one of the most poignant scenes in Fill the Void, Yochay declares some of the reasons why he wants to marry her but she does not have much to say about how she feels about him. Shira sends him running by suggesting that Esther would have wanted him to marry Frieda (Hila Feldman), a family friend who already is a bit of an old maid.

Fill the Void marks the debut of Rama Burshtein as a director and is also the first feature film directed by an Orthodox Israeli woman. Here is a rare and illuminating glimpse of contemporary Hasidic life set against the backdrop of one family's challenges. She evidences great respect for their traditional practices, including the Jewish holiday of Purim. In a delightful moment, we are shown the compassionate heart of their spiritual leader who drops everything to counsel an elderly woman who wants to purchase a new stove.

Hadas Yaron puts in a fine performance as Shira: it won her a Best Acting Award at the Venice Film Festival. This multilayered drama was nominated for 13 Ophirs, the Israeli equivalent of the Academy Awards, and won seven, including best picture and for Rama Burshtein, directing and screenplay honors.

Special features on the DVD include commentary with Hadas Yaron and Rama Burshtein; and writer's bloc Q&A with writer/director Rama Burshtein. 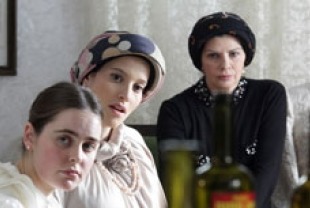 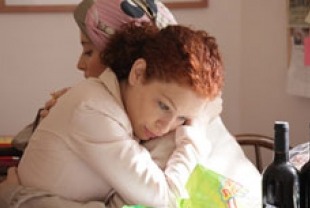 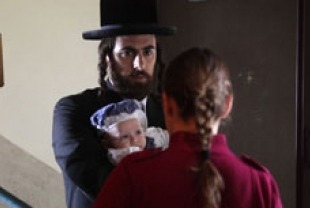 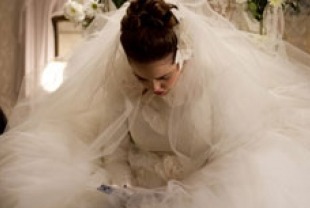