There is an old Jewish saying: "God is closest to those with broken hearts." Although we have been taught by our culture to be on guard for the heart-based feeling function, lest it make us susceptible to mawkish and sentimental stories, all the religions of the world proclaim that such tales are good for us. Indeed, in times of personal crisis, despair, and loss, we feel closer to our soulful center. It is when our heart is broken open that we draw nigh to others, open our eyes to the wonders around us, and experience — perhaps for the first time — the mystery of God's presence.

The Amati girls are an Italian-American family in Philadelphia. Dolly (Cloris Leachman), the widowed matriarch of the clan, is obsessed with taking care of all the details for her funeral. Her eldest daughter Grace (Mercedes Ruehl) is a devout Catholic who relies upon the grace of the saints to carry her through life's little ups and downs. She's committed to her long marriage to Joe (Paul Sorvino), despite the fact that her sisters think he is too controlling.

Christine (Sean Young) has separated from her workaholic husband Paul (Jamey Sheridan), who doesn't have any time for his daughter Laura (Marissa Leigh). A mini plot deals with friendly forces in the universe that conspire to bring him to a ballet recital so he can join the other fathers who are lifting their daughters during one of the dances.

Never-married Denise (Dinah Manoff) has tried her hand at a variety of jobs and finally decided to take a crack at professional singing. She must decide what she really wants most when Lawrence (Mark Harmon) falls in love with her and proposes marriage. The youngest Amati daughter Dolores (Lily Knight) is mentally challenged. The sisters must pull together to help her face her first romantic relationship and an unexpected death in the family that shatters her childlike faith.

Writer and director Anne DeSalvo has fashioned a drama that is sure to be roundly attacked by some film critics as being melodramatic and predictable. They are likely to say it "should be on television," code words for the opinion that it's not good to have things wrapped up nicely by the end. But we like this movie. We salute any attempt to address the feeling function in the human repertoire of emotions, and especially those that do it without cynicism and violence. As Helen Keller once wrote: "The best and most beautiful things in the world cannot be seen or even touched; they must be felt in the heart." Anne De Salvo's movie embraces these very beautiful things. 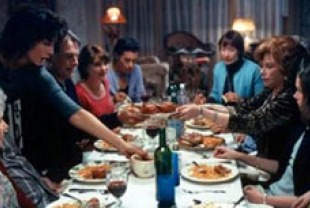 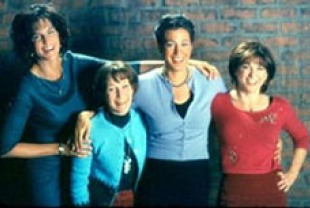