Directed by John Favreau
An appealing comedy about food, career transitions, and the bonding between a busy father and his 10-year-old son.

Carl Jasper (Jon Favreau) is a successful chef at a chi-chi Los Angeles restaurant. Over the years he has made a name for himself with the excellence of his special dishes. He is excited and energized when he learns that an influential food critic (Oliver Platt) is coming. Carl is planning to cook him some new dishes but his boss (Dustin Hoffman) orders him to stick with the menu that has been in place for years. The critic writes a damning review, drawing out Carl's rage in a confrontation that goes viral.

The chef's wealthy ex-wife Inez (Sofia Vergara) is sad when Carl is fired and, thanks to his tirade, there are no job offers. She wants him to use this transitional period as an opportunity to get closer to his 10-year-old son Percy (Emjay Anthony) who is looking for some quality time with his father and not just a handful of pleasant outings.

Carl takes a break and joins them in Miami, Florida. He decides to take a leap-in-the-dark career move that will give him a chance to be his own boss and continue to experiment with his culinary skills. Inez's eccentric ex-husband Marvin (Robert Downey Jr.) provides an old taco truck which they turn into a mobile restaurant. Carl's trusted line cook Martin (John Leguizamo) joins him in Florida, and they find immediate success serving Cubano sandwiches.

Writer, director, and star Jon Favreau has created a very appealing drama about the bonding between a father and son when they spend several months together hatching Carl's dream and then continuing to refine their food business on the way back to Los Angeles with stops in Austin and New Orleans. The storyline has Percy introducing his father to Twitter and other social media and then coming up with ways to use these tools to promote the food truck. Favreau, as director, capitalizes on the talents of Scarlett Johansson, Dustin Hoffman, and Oliver Platt in small but frolicsome roles. And the lively Latino selections by music supervisor Mathieu Schreyer add immensely to the liveliness of the film.

In the movie Chef, Carl spends a lot of his time working and is always late to pick up his son Percy for scheduled visits. After losing his job at the chi chi restaurant where he has labored for over ten years, Carl and his son take a break together in Miami.

Carl decides to start a food truck serving Cuban sandwiches. He immediately gets Percy to help him clean and restore the truck and its kitchen. The boy sees that his father is really excited about this new venture and he gets caught up in it as well. Percy not only works hard doing physical labor but he also uses social media to promote this new business. This mutual assistance is what every father and son dream about but rarely achieve. It comes across well in the movie.

One of our favorite books about fathers and sons is Kent Nerburn's Letters to My Son, now available in a 20th anniversary edition. Nerburn shares his wisdom about manhood, life, and work. About having a vocation he writes:

Read another excerpt on what work can mean to you here.

Watching Chef you can see the difference between a job and a vocation. Percy sees it and let's hope and pray that other sons around the world will also know what it is to follow their hearts to find their true vocations.

Special features on the Blu-Ray/DVD include deleted scenes and feature commentary with writer/director Jon Favreau and chef/co-producer Roy Choi . 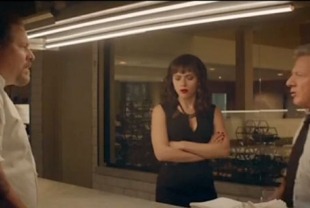 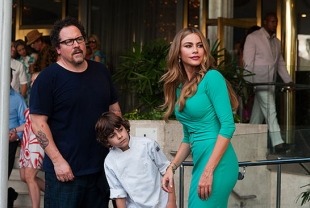 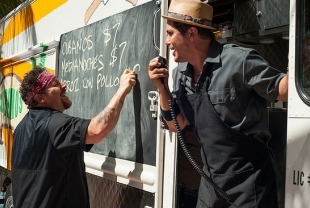 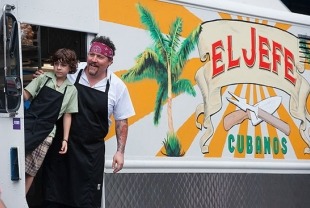