Directed by Alain Gsponer
A charming German romantic comedy about the adoration of writers and the perks of literary stardom.

From My Brilliant Career to The Squid and the Whale to Midnight in Paris, there have been many engrossing, edifying, and entertaining films about writers. They challenge us to open our hearts and minds to the courage and creativity involved in putting words together and sharing them with the world as fiction, nonfiction, or poetry. They compel us to appreciate the burdens and the blessings of making the most out of one's imagination and vision.

Lila, Lila is a charming German romantic comedy based on Martin Suter's bestselling Swiss novel. David (Daniel Bruhl) is a shy and lonely waiter in a Berlin restaurant whose life is changed when he meets and falls in love with Marie (Hannah Herzsprung), an avid reader and literary devotee. As he notes in his voice-over, he is virtually an invisible man to her and to others. But fate intervenes and give him a new life path.

Opening a flea-market nightstand, David discovers an unpublished novel from the 1950s. Determined to get Marie's attention and to impress her, he puts his name on the manuscript and gives it to her to read. Much to his surprise, she loves the novel and without telling him, sends it to a publisher. Soon word spreads like wildfire that David has created a postmodern masterpiece. Marie rejoices in his success and moves in with him. Together, they enjoy his triumphant career even though David bumbles his way through public readings of his book.

Things get more complicated when Jacky (Henry Hubchen) arrives on the scene, eager to cash in on David's phenomenal financial success. Although he claims to be the true writer of the novel, he has no intention of revealing David's lie. Instead he wants to become his agent and push Marie out of her prominent role as David's advisor and cheerleader. Only problem with his ambitious scheme is that he is an out-of-control alcoholic who causes a commotion wherever he goes.

Lila, Lila is directed by Alain Gsponer who manages to mix comic elements into its clever commentary on the writing life, literary fans, the phenomenon of bestsellers, and the quirks and predatory nature of the publishing industry. Daniel Bruhl is convincing as the successful writer who cannot get rid of the guilt he feels over his deception. Hannah Herzsprung provides us with a vivid glimpse of a young woman who is entranced with literature and the world of literary success. 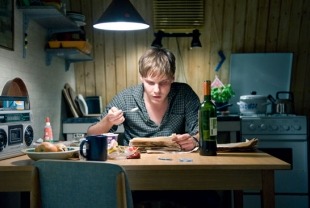 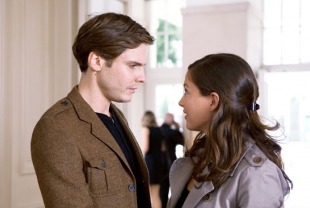 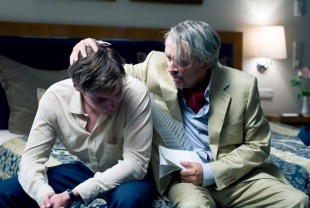 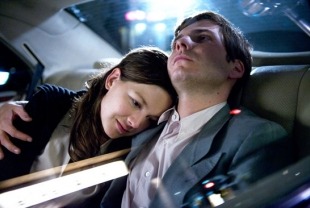