X-Men: Days of Future Past

Directed by Brian Singer
A summer blockbuster that surges with creative action sequences and memorable characters.

Prep Work for a Summer Blockbuster

• Do you believe that the future is set or can it still be transformed by great heroism and selfless acts of service and sacrifice?

• Do you have a special place in your heart for the oppressed and the misunderstood who are usually shunned by society?

• Do you hold to the idea that we should just accept endless war as what it means to be alive in a violent world?

• What do you think is the moral equivalent in today's world of the government's mutant-extinction program in this film?

• Who has helped you to see that in a spiritual perspective having a new enemy does not mean having a new weapon to defeat that enemy? How about the idea of loving that enemy?

• Share your reaction to this quotation from X-Men Days of Future Past: "Just because someone stumbles and loses their way does not mean they are lost forever."

• What is your response to those groups and nonprofits who ask you to give of your money, time, or talent to make life more rewarding or meaningful for generations to come?

New York City is in ruins sometime in the future. A scary and efficient army of killer robots called Sentinels with incredible strength and resilience have been at war with the mutants and their supporters for years. Realizing that they face extinction, Professor Charles Xavier (Patrick Stewart) and his comrade Erik Lensher (Ian McKellen) put their heads together and convince Kitty Pryde (Ellen Page) to send Logan (Hugh Jackman) back to 1973 on a risky mission to prevent certain events that led to the creation of the Sentinel program in the first place. If he succeeds, the "future" will be much different than it is unfolding in this and other X-Men stories.

Logan time-travels to the desired year and awakes in a waterbed with a woman and Jim Croce's "Time in a Bottle" playing on the radio. His assignment is to convince Mystique (Jennifer Lawrence), a shape-shifting mutant, not to kill Dr. Bolivar Trask (Peter Dinklage), the developer of the Sentinels program. In one sequence of events, she shoots him, is captured, and then her DNA is used to make the killer robots able to assume any identity.

To prevent that from happening, Logan has to convince the younger Professor (James McAvoy) to help him rescue the younger Erik (Michael Fassbender) from prison. They enlist the help of Logan's buddy Peter (Evan Peters), a versatile mutant called Quicksilver. In one of the movie's most magical moments he demonstrates his speed and agility in a beautifully choreographed action sequence.

As usual, director Bryan Singer proves himself to be a masterful director of this comic book-based blockbuster which blends countless action sequences, f/x spectacle, and a large cast of characters. The use of the year 1973 is fascinating with its intimations of past political agendas and a bold portrait of President Richard Nixon (Mark Camacho) scrambling for cover after dodging a bullet meant for him.

The omnipresent Academy-Award winning actress Jennifer Lawrence has a central role in the story but not very much dialogue to clarify her revenge-obsessed character. It is fun watching her shape-shift as she moves from one place to another. Singer makes the most of Michael Fassbinder's charisma and James McAvoy's emotional vibrancy, but it is Hugh Jackman who holds everything together. 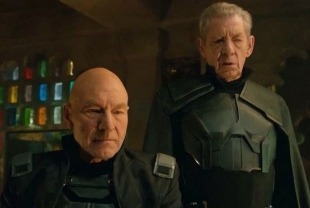 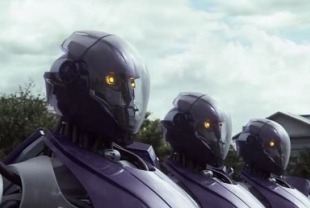 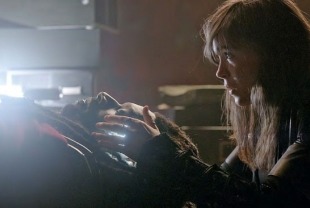 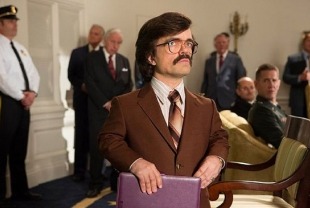 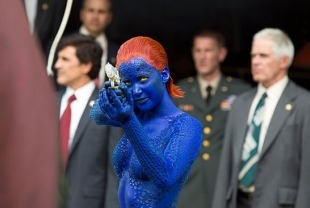 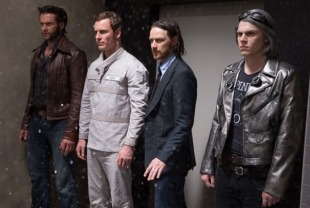 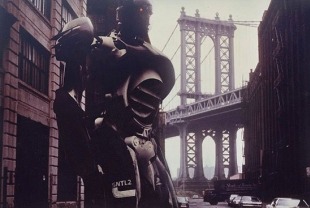 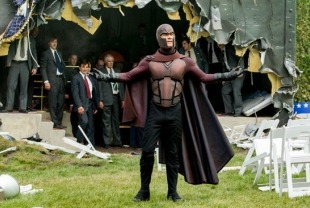