Directed by Michael Dowse
Some fresh insights and new slants on the pesky question: can a man and a woman be friends and not lovers?

Wallace (Daniel Radcliffe) is a loner who dropped out of medical school and works at a boring job. He is still wincing from the end of an intimate relationship with a woman he loved and then lost. At a party, this shy and soft-spoken young man meets Chantry (Zoe Kazan) and they seem to hit it off. When she gives him her number and says she would love to hang out with him, Wallace is very happy. But then Chantry reveals that she has a boyfriend she lives with.

After both having some doubts, these two decide to become friends and skip the sex and all the other tangles that go with it. Eventually, Wallace meets Ben (Rafe Spall), who has been with Chantry for five years. When his job working for the United Nations requires him to go on assignment to Dublin for six months, the two friends spend more time together.

Wallace shares his mixed feelings about his relationship with Chantry with Alan (Adam Driver), his best friend, who is in the midst of a messy but passionate relationship with Nicole (Mackenzie Davis) but receives little in response. In fact, a prank forcing Wallace and Chantry to spend a night together nude in a sleeping bag on the beach angers both of them. Further complications involve Chantry's sexy sister Dalia (Megan Park) who is looking for something from Wallace that he cannot provide.

What If works thanks to the laid-back and appealing performances of Zoe Kazan and Daniel Radcliffe. They are very good at showing what happens when two people try to make sense of their feelings and choices in a world where everyone else is on a different path. 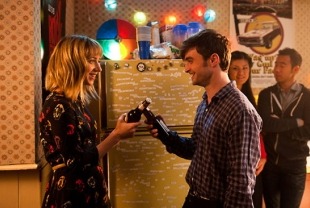 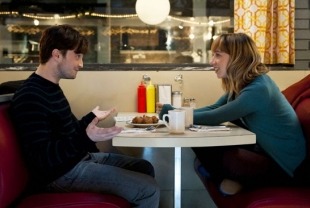 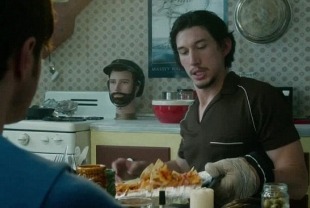 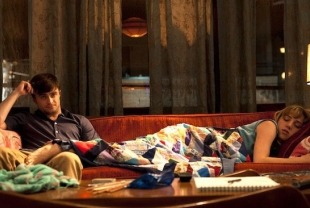