Directed by Bernardo Bertolucci
A coming-of-age drama about a boy whose dream of being alone is shattered when his older half-sister brings him back to messy reality.

Think back to your childhood and your need to occasionally get as far away as possible from parental authority and peer pressure. Perhaps you had a secret hideaway in a shack, tree-house, or area of a basement or attic. There you could do whatever you wanted.

Lorenzo (Jacopo Olmo Antinori) is a 14 year old who desperately wants to get away from it all. Instead of going on a ski trip with classmates, he uses the money his mother (Sonia Bergamasco) gives him to purchase food and beverages for a week-long getaway in a small and grungy storage space in the basement of his family's apartment building.

Looking forward to savoring the solitude, Lorenzo is very unhappy when Olivia (Tea Falco) his 25-year-old half-sister, arrives and shatters his plans. She is a talented video artist and photographer but her addiction to heroin has severely limited her career advancement. Lorenzo does what he can as her caretaker when she tries to quit the drug cold turkey.

Me and You is directed by the legendary Bernardo Bertolucci (Besieged); it is based on a novel by Niccolo Ammaniti. This small film gives the Italian director a chance to explore sexual politics, youth cultures, and dysfunctional families. The encounter between these siblings gives Olivia a chance to tell Lorenzo things he doesn't know about his father. She sees no point in his trying to escape from the real world. "Stop hiding. It's time to get a life." This coming-of-age drama makes its points gracefully. 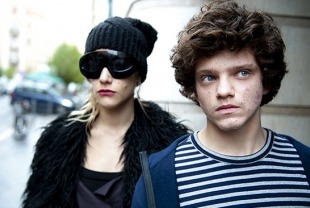 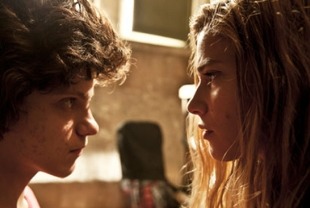 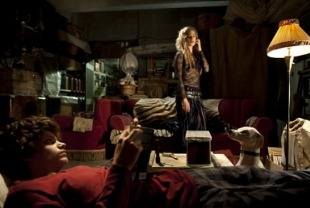