The brain is a miraculous three pound organ which can be held in the palm of the hand. It has a hundred billion nerve cells functioning in complex ways. Dr. Richard Restak is a neurologist and bestselling author of The Brain, the companion volume to the PBS series. In Mozart's Brain and the Fighter Pilot: Unleashing Your Brain's Potential, he writes:

"It is important to remember that our brain holds the key to everything we will ever accomplish. Indeed the brain is the gateway for all our sensations and the weaver of all our experiences. And while most of us are convinced that exercise increases our physical well-being, it is less commonly appreciated that the brain must be exercised; it's a dynamic structure that improves with use and challenge."

Luc Besson is a creative and daring French filmmaker who is most known for three edgy and action-packed dramas about feisty and violent women heroines: the government assassin in La Femme Nikita (1990); a 12-year-old girl who tags along with a hit man in Leon: The Professional (1994), and an alien who saves the universe in the sci-fi flick The Fifth Element (1997).

More recently, Besson has taken his fascination with women and put it to good use in The Messenger: The Story of Joan of Arc (1999), a wild screen interpretation of Joan of Arc as a radical zealot like John Brown. Another even more zany film is Angel-A (2007), an intriguing story about a quirky, leggy blonde angel who comes to Paris on a mission of mercy to show a self-destructive and petty man his worth. The third exploration of feminine nature is The Lady (2012), an inspiring look at freedom fighter and Nobel Peace Laureate Aung San Suu Kyi told through an exquisite love story set in the darkness of violence, repression, and tyranny in Burma.

Lucy is an ambitious film in which writer and director Luc Besson weds his love for women heroines in action dramas with a newfound interest in the fantastic powers of the human brain. He describes Lucy as "an entertaining film with a philosophical point of view."

Scarlett Johansson stars as Lucy, a wayward young woman whose drug dealing boyfriend forces her to deliver a briefcase to a Taipei-based mob leader. She is abducted by his thugs and forced to become a mule with a package of mysterious drugs sown into her abdomen. When the packet explodes inside her, Lucy's brain is amplified and she suddenly possesses new mental, sensory, and physical powers.

Running in tandem with Lucy's story is a lecture given by a professor (Morgan Freeman) who presents an evolutionary overview of the development of the human brain. Most humans only use 10% of their brain's extraordinary capacities. Asked what would happen if a human used 100%, he admits he doesn't know. Lucy is about to find out.

As the mob functionaries chase after her to retrieve the drugs, she shifts gears into a flight-or-fight mode and even seeks out the help of a police detective who witnesses her incredible powers. When Lucy's brain is functioning at 90% capacity, she visits the professor and makes a wise decision. If you don't get too upset by the shoot-em up dimensions of the story, this film continues Luc Besson's celebration of heroic women and their contributions to humankind.

Lucy provides an informal and elementary tour of the brain and the benefits of developing its powers, including:

We suggest that you consider Lucy your personal trainer to help you make the most of your brain. Watch her activities in the film as a depiction of the brain as a tool for making connections. As her brain capacities expand, she begins to feel everything — space, vibrations, gravity, heat leaving her body — and also to be less affected by pain, fear, and desire. Like her, as you notice new things, more and more linkages become possible. In the future, intelligence might be measured — according to Richard Restak — "by the ability to pinball around through knowledge and make imaginative patterns on the web." Or to put it another way, intelligence could be seen as the ability to constantly practice the art of making connections. 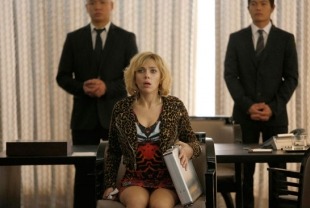 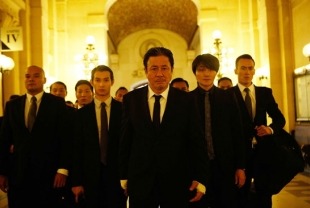 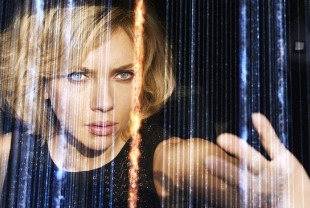 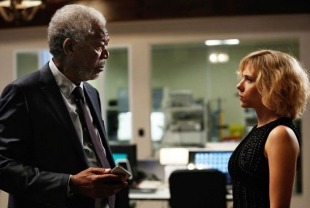