The Look of Silence

Directed by Joshua Oppenheimer
Troubling story of a young Indonesian optician's quest to learn who killed his older brother and why during a purge of some one million Communists in the country.

"Dehumanization," writes David Livingston Smith, a professor of philosophy, "is a scourge, and has been for millennia. It acts as a psychological lubricant, dissolving our inhibitions and inflaming our destructive passions. As such, it empowers us to perform acts that would, under other circumstances, be unthinkable." This mindset, which enables us to see others as subhuman or "vermin," lies behind the Holocaust, Stalin's slaughter of his own people, the Armenian genocide, the Cambodian genocide, the Rwandan genocide, and the slaughter of villagers in the Dafur region of the Sudan.

The Look Of Silence follows in the train of The Act of Killing, Joshua Oppenheimer's 2012 documentary about the killing of more than one million Indonesians branded as Communist enemies of the state. Adi is a 44-year old optician whose older brother Ramil was killed in 1966; his family remains completely in the dark about what happened to him and why. Ari decides to go on a quest to answer these questions.

This mild-mannered young man is shocked by the misinformation, denial, and cover-ups he comes across in interviews with those who were involved in the "elimination" of Communists in the name of democracy. When one of his sons repeats propaganda taught in the schools, he is appalled. Oppenheimer uses a NBC News clip where a person being interviewed says "Bali has become much more beautiful without Communists." Here is prime evidence of a country that has not yet come to grips with its shadow side.

In the chilling closing sequences of The Look of Silence, Ari interviews some of the men who were responsible for the torture and terrible death of his older brother. A son of one of them cuts Adi off saying "Your questions are too deep."

Yes, the questions are deep — as are all queries of the soul which cut through all the double-talk and touch the bedrock of truth. The questions are deep for all of us watching this documentary for it compels us to look inside and see how we have dehumanized others or have been objectified and humiliated by others. 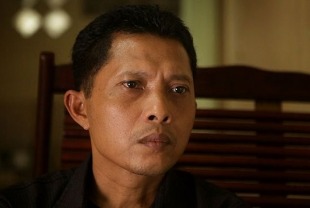 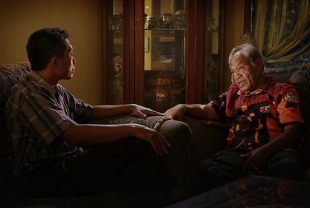 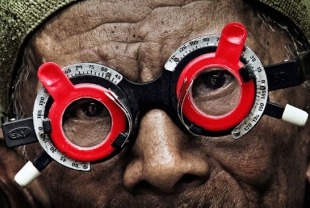