Directed by Jafar Panahi
A riveting Iranian drama set in modern day Teheran, showing how a group of women, severely constrained by the patriarchy, religion, and custom, nevertheless nurture their souls with the tonic of freedom.

The latest film by Jafar Panahi (The White Balloon, The Mirror) is set in modern day Teheran where patriarchy, religion, and custom have resulted in a severe curtailment of women's rights. A single woman cannot travel unaccompanied without the permission of a male relative and the proper identification. She can be stopped by police for walking around without a male companion or for smoking a cigarette. However, one thing about these women's lives cannot be constrained — their desperate inner yearning for freedom.

This riveting Iranian drama begins in a hospital maternity ward where an unseen woman has given birth to a baby girl. In the waiting room, her mother learns that the child is not a boy, as the ultrasound had seemed to indicate, just as the in-laws begin to arrive. The old woman is distraught. "My poor daughter, she will be divorced," she says as she flees in sorrow to the streets.

Outside, Arezou (Maryiam Parvin Almani) and Nargess (Nargess Mamizadeh) have left prison on a temporary pass but they do not plan to go back. They are paranoid about the police as they wander the streets of Teheran. Arezou cleverly manages to get the youthful and idealistic Nargess the money she needs for a bus trip back home to the countryside. Meanwhile, their friend Pari (Fereshteh Sadr Orfani) has escaped from prison in order to get an abortion. Forced to leave her home after a brother threatens her, Pari turns to two former jail mates for help: Monir (Monir Arab), whose husband took a second wife while she was in prison, and Elham (Elham Saboktakin), a nurse who now works at a hospital and doesn't want her husband, a doctor, to learn about her past.

On the streets Pari comes across Nayereh (Fatemeh Naghavi), a single mother who has decided to abandon her daughter outside a restaurant in hopes that some rich people will pick her up and give her a better life. She watches sadly as the police discover the child and take her away. Nayereh then gets into a car with a strange man, which is forbidden, who takes her to a place where the authorities are rounding up prostitutes. Mojgan (Mojgan Faramarzi), one of the detained women, is not afraid of anyone. In the final scene at the police holding room, we recognize some faces and realize the story has come full circle.

Jafar Panahi commented on his film's genesis: "One day I noticed a small article in the newspaper: 'A woman committed suicide after killing her two young daughters.' There was nothing about the reasons behind the crime or suicide. Perhaps the newspaper did not see any need, since in many communities, women are most deprived. Their freedom is limited to the point it seems as if they are in a big prison. This is not only true for a particular class of women, but for all of them. As if each woman could replace another in a circle."

This soul-stirring film is about the courage and resiliency that emerges from a deep yearning for freedom. The women in the drama are imprisoned in a tight circle of external constraints. Everything they do is dependent upon the permission of men. Because of the Iranian setting, viewers may be tempted to think that such attitudes are peculiar to that culture, but the restrictions are more a matter of degree than uniqueness. Women everywhere will identify with the desire of these characters to break out of prescribed roles and make their own way in the world. They will recognize the strength and solace they find in having other women with whom to share the struggle.

Joan D. Chittister, a Benedictine nun, has written: "A soul that longs for something is a soul that is growing, one way or another, smaller or larger." The women in The Circle nurture their souls with the tonic of freedom. And they all steadfastly refuse to be their own jailers, which is the one way to truly shrink your soul. 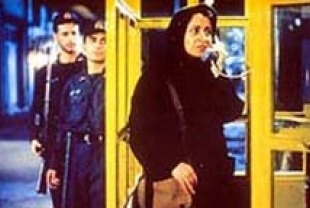 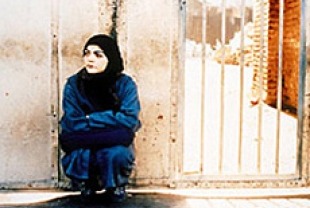