Directed by Lisa Cholodenko
A caustic, angry and disappointed married woman challenges us to appreciate difficult people in our lives, seeing them as spiritual teachers.

There is a story about the mystical teacher Gurdjieff. One of his disciples, who lived in the ashram, was strongly disliked by the other disciples for a variety of reasons. When he left, Gurdjieff actually tracked him down and paid him to return, telling the rest of the disciples that the ostracized man was one of their most important teachers.

We found this to be a helpful perspective and spiritual practice while watching the four-hour HBO adaptation of Elizabeth Strout's Pulitzer Prize-winning novel Olive Kitteridge. It spans 25 years in the life of a stubborn, critical, and cantankerous woman. Throughout her long marriage, her role as a mother, and her relationships with others, Olive tests our empathy and challenges us to reframe the ways in which we treat the difficult people in our lives. You know who they are — the people who always press your buttons.

Olive (Frances McDormand) lives in a small town in coastal Maine with a splendid view of the ocean. She is a crabby math teacher who spends almost every moment of her spare time in her beloved garden at home. Olive is not a people person, whereas her husband Henry (Richard Jenkins), a pharmacist, is just the opposite. He loves to shoot the breeze with those who frequent his establishment. And Henry always has a kind word for those in need of moral support. Their son Christopher (young — Devin Druid, adult — John Gallagher Jr.) is bored by his father's efforts to connect with him and his mother's witty and negative comments at the dinner table.

Stifled by Olive's chilly treatment and constant criticism of him, Henry is quite taken with Denise (Zoe Kazan), a young, naive, and enthusiastic woman he hires to serve as a clerk in the pharmacy. He likes everything about her but especially her optimistic outlook on life. At the same time, Denise who has a low level of self-esteem, is nurtured by Henry's attention and praise of her finer qualities.

Although Olive views most of the townsfolk as "dopes" and "saps," she finds pleasure in the presence of Jim O'Casey (Peter Mullan), a fellow teacher and married neighbor who shares her caustic mouth and cynical attitude toward the messiness of life. When Kevin (Cory Michael Smith), a former math student of hers, returns to town, Olive takes an interest in him, sensing his depression and capacity for self-destruction.

Lisa Cholodenko directs this intense psychodrama which has been promoted with the tagline: "There's no such thing as a simple life." Olive is saddened by her belief that life is unfair, boring, and lonely. She doesn't like her stormy moods and yet she is unable to change her ways. Other people, including her son's fiancee's family at his wedding, are startled and taken aback by her rudeness and negativity. Other folks in town are critical of her isolation and her idiosyncratic ways.

The low point in Henry and Olive's marriage comes when they are held at gunpoint as hostages in a hospital. Afterwards, she becomes his tender caretaker after he is felled by a heart attack and must spend four years in a nursing home.

Olive's relationship with her adult son casts a dark shadow over her consciousness when he lashes out at her for "making people feel terrible." Their mutual anger and disappointment results in Christopher purposely not telling her about the birth of his daughter, Olive's grandchild.

A spiritual perspective on life obliges us to try to understand and appreciate those around us, including the difficult people whom we can't stand. Near the end of the film, Olive shows signs of coming to terms with the pain and suffering she has brought into the lives of her husband and son. This epiphany comes in her relationship with Jack Kennison (Bill Murray), a lonely widower, who shares with her a weariness after so many losses. Olive surprises both him and us.

A Practice to Try After Watching Olive Kitteridge

In his insightful book Thank You for Being Such a Pain, Mark I. Rosen suggests you say a little prayer when you find yourself face-to-face with a difficult person: "Here comes another one. God, I ask you to guide me. You have sent this person to me for a reason. Help me to know what it is, and help me to cope successfully." 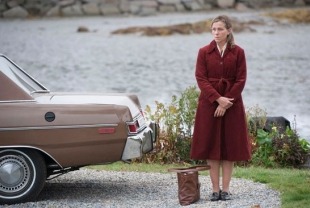 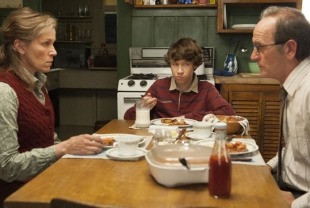 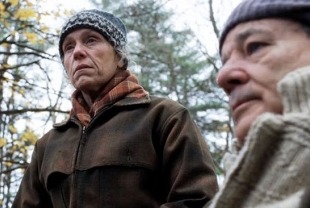