Directed by Anisa Mehdi, Bosie Vincent, Jeremy Jeffs, Wayne Derrick
A six-part series that focuses on the motivations and reactions of pilgrims at sacred places around the world.

The spiritual practice of pilgrimage cuts across all cultures and is part of nearly every religion. This yearning to take a life-changing journey often entails an encounter with the Divine. For others it is a search for meaning, peace, wholeness, or freedom. Many people embarking on these journeys are looking for spiritual companions or a community that will enable them to express their emotions and explore their inner self.

All of these motivations for a pilgrimage are alluded to in Sacred Journeys with Bruce Feiler," a six-part television series that premiered on PBS.

The host is the author of five New York Times bestsellers including Walking the Bible: A Journey by Land Through the Five Books of Moses (2001). He is the writer/presenter of several series on PBS and appears frequently on radio and television.

Sacred Journeys with Bruce Feiler consists of six one-hour long shows focusing on pilgrims at various holy and venerated places around the world.

In the first episode on Lourdes, Feiler notes that although organized religion is more threatened than ever with memberships shrinking, the number of spiritual or religious pilgrims has never been larger — more than 200 million per year.

Lourdes, the Catholic shrine, is beloved by believers who come to drink and bathe in the healing waters of a spring. Five million pilgrims arrive each year to pray to Bernadette, the young peasant girl who was visited by the Virgin Mary in 1858.

Feiler joins a band of active duty and retired soldiers who were wounded in Afghanistan, Iraq, and other American wars. One young man has lost both legs, another's face is badly damaged, and a third has lost his sight. All of these soldiers suffer from PTSD which has left them sleep-deprived, depressed, and unable to relate to family and friends.

These wounded warriors are joined later in the week by 30,000 other military from 35 different nations on an International Military Pilgrimage that has been going on since World War II. For many of the American soldiers the pilgrimage to Lourdes proves to be healing not in terms of a cure for their wounds but as a cathartic bonding with other soldiers from around the world. The miracle of improvised community is accentuated and celebrated by Feiler.

To Think About:
"Pilgrimages seem to be regarded by self-conscious pilgrims both as occasions on which communitas is experienced and a journey towards a sacred source of communitas, which is also seen as a source of healing and renewal."
— Victor Turner in Jennifer Westwood's On Pilgrimage

In this episode, Bruce Feiler circles the island of Shikoku, which is the birthplace of Kobo Daishi, who brought a populist form of Buddhism from China to Japan. Temple priests introduce the host to ceremonies that can be used by those who take the 750-mile pilgrimage routes that circles the island. Feiler talks with some pilgrims, and they share why they chose to make this journey.

To Think About:"For the pilgrim, every moment and every step is sacred. The holy places and temples are only symbolic destinations. By walking to the holy places a pilgrim is able to be free of speed, anxiety, and desire for achievement."
— Satish Kumar in Path Without Destination 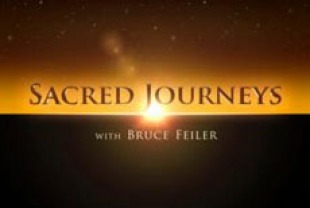 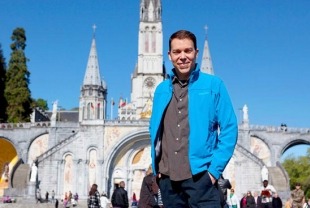 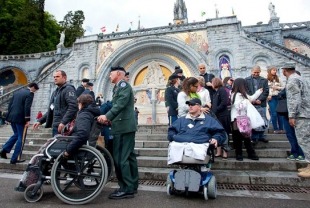 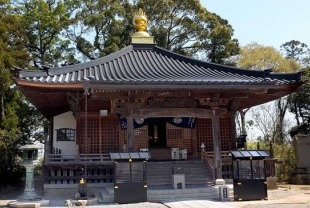 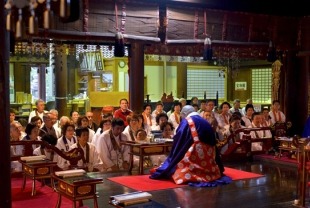