Directed by Various Directors
Unwelcome surprises and unexpected developments in the third season of the British drama set in 1920.

As the third season of the popular British costume drama opens, things seems to be on the upbeat. The Great War is over, and the on-again, off-again romance between Mary Crawley (Michelle Dockery) and Matthew Crawley (Dan Stevens) has led to a wedding, which is the focus of the first of the nine episodes on this DVD. Robert, the Earl of Grantham (Hugh Bonneville) and his wife Cora (Elizabeth McGovern) are delighted that their first daughter will be married to the heir to the estate. They welcome her mother from America (Shirley MacLaine) for the festivities.

But as we've learned from Season 1 and Season 2 of this series, nothing can be counted on. Lord Grantham has made some bad investments and the estate is threatened with bankruptcy and sale. Matthew inherits the money to save it, but it's not at all certain that he will help. It turns out he and Mary have different ideas about how they should live in the changed social climate of the 1920s. Mary is supported in her efforts to save Downton by the Dowager Countess (Maggie Smith).

Other regular characters endure unwelcome surprises and changes. Lady Edith (Laura Carmichael) continues to be unlucky in love, but she does get the opportunity to write a magazine column. Lady Sybil's (Jessica Brown Findlay) desire to have a different life is thwarted when she and her husband Tom Branson (Allen Leech) are forced to return from Ireland to Downton.

Downton Abbey has been called a high-quality soap opera, and that it is. There are so many characters that the show shifts quickly from one story to another, at times not giving the viewer time to fully grasp what has happened. But the writing by Julian Fellowes just manages to avoid melodrama, and the acting by a consistently excellent cast enables us to both identify with these people — often different ones, depending on what's happening in our own lives. The worldwide reaction to the two tragic deaths in this season proved that we feel deeply about the characters and care what happens to them.

The DVD contains over two hours of bonus video, including features on behind-the-scenes, Shirley MacLaine, the men of Downton, Downton in 1910, and more. 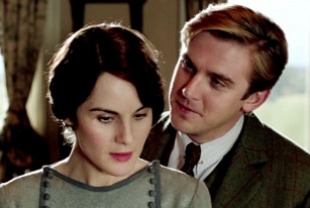 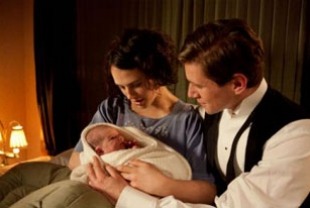 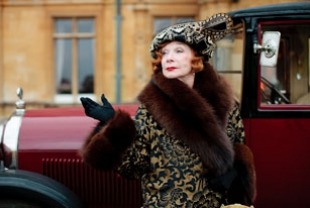 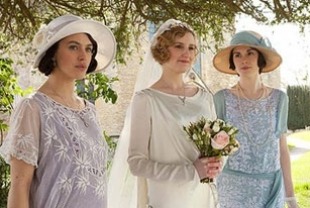