Directed by Various Directors
A fifth season of the drama with the familiar themes of adaptation to the modern world and dealing with the many shades of love.

"Downton is catching up with the times we live in."
— Mrs. Hughes

It is 1924 and the world continue to change, even though some at Downton Abbey, particularly Lord Grantham (Hugh Bonneville) and the butler Carson (Jim Carter), wish it wouldn't. The fifth season of the popular series, which aired on ITV in England and on PBS's Masterpiece in the U.S., continues themes we've seen in previous seasons with some new twists.

Britain's first Labor-affiliated prime minister has been elected and reactions differ upstairs and downstairs. Lord Grantham finds himself challenged over his aristocratic views and customs at his own dinner table when Tom Branson's (Allen Leech) socialist friend, Miss Bunting (Daisy Lewis) comes to dinner. A schoolteacher, she also begins to tutor Daisy (Sophie McShera), who is excited about the new government and her own dreams of being more than a cook. New possibilities also appeal to Mrs. Patmore (Leslie Nicol), Mr. Carson (Jim Carter), and Mrs. Hughes (Phyllis Logan) who begin thinking of owning property and running their own establishments in retirement.

Perhaps the biggest sign of changing times is when Carson is invited to lead a committee building a memorial to the county's men who died in World War I. It's an honor that in the past would have gone to the Lord of Downton Abbey, not the butler. Another sign is that Tom Branson is still not sure of whether he really belongs upstairs of downstairs. He decides to avoid the question entirely by moving with little Sybil to America.

This news prompts one of the season's most magical moments, Carson listens to Mary's feelings of dismay over the breaking up of the household. He then responds with paternal affection: "I am confident that you will triumph in the end." There is more emotion passing between them than in any of the other relationships in the Abbey.

"Love may not conquer all, but it can conquer a lot."
— the Dowager Countess

And she's right. This season, we are treated to the different shades of love explored by various characters. Lady Rose (Lily James) finds a handsome young man named Atticus to marry. But his authoritarian father, a Jew, is not happy that the woman he is going to wed is English and Anglican.

Lady Mary (Michelle Dockery) is pressured by Tony Gillingham (Tom Cullen) to marry, but she wants to be sure she will be as happy in her second marriage as she was in her first. This leads her to take some actions that are quite progressive for her times.

Still unlucky in love are Lady Edith (Laura Carmichael) and Anna (Joanne Frogatt) and John (Brendan Coyle) Bates. The first desperately wants to mother her child who is living on the estate with a tenant farmer, and the others find themselves suspects in another murder.

Regular viewers of Downton Abbey probably, like us, have favorite characters and storylines. We admit to being very fond of Mrs. Hughes. No details . . . but we will say that the very best scene in Season 5 was hers, and it brought tears to our eyes. 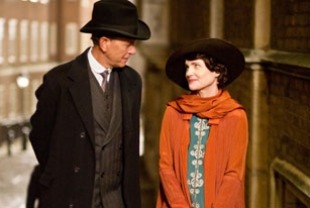 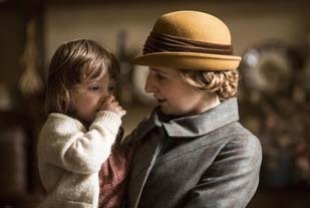 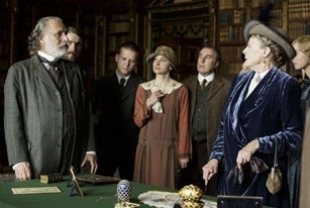 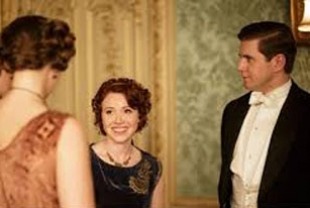 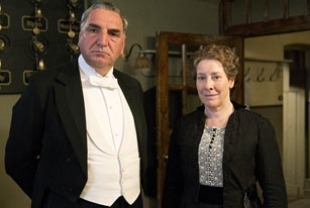