Directed by Melanie Laurent
An exploration of the astonishing emotional dynamite of adolescent friendship.

This new girl at school latches on to Charlie with a ferocity that stirs and stuns her. Sarah hugs and kisses her, does her makeup, dances with her in public, ingratiates herself with Charlie's mother and is emotionally upset when she is not introduced as "a friend" but rather as just "a classmate."

Sarah claims to be living with an aunt while her mother is off working in Nigeria so she comes along with Charlie and her mom on a seaside holiday. Growing tired of her friend's moods, Sarah flirts with two men. When Charlie discovers the truth about Sarah's mother and her background, she cannot believe it. The bonds and the intimacies between the two are shattered and Sarah quickly finds another friend.

Our emotions during adolescence are so vast and exaggerated that many of us are overwhelmed by their power over us. Actress Melanie Laurant has made a mesmerizing French film based on Anne-Sophie Brasme's young adult novel. Charlie's self-destructive choices and actions will be familiar to anyone who has experienced the sting of betrayal by a friend, lover, or family member. As director, Laurent draws out astonishing performances from both Lou de Laage and Josephine Japy as two girls who find themselves caught up in a savage battle that neither desires but both enter willingly.

Joan Chittitster has written: "The loss of a friend is not a gap in the environment; it is a gouge in the heart forever. Nothing replaces a lost friend because when a friend goes, a door in my own life closes that can never be opened by anyone else again."

Screened at Rendez-Vous with French Cinema, 2015. 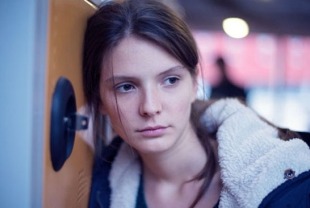 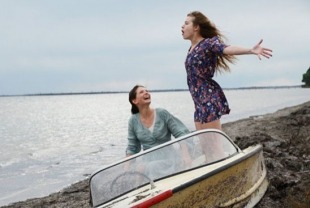