Directed by Jean-Charles Hue
A rough and grim portrait of a band of gypsies in northern France.

Jean-Charles Hue is the director of this French film about a band of gypsies living in northern France. They take pride in their poverty and see stealing as part of their protest against those who look down on them. They love guns, beers, fast cars, and the God who frequents fundamentalist churches.

Eighteen-year-old Jason Dorkel (Jason Francois) is awaiting Sunday when he will be baptized. He and his cousin Moise Dorkel take pleasure in riding around on a moped looking for rabbits to shoot for food. Some of the glory is taken out of Jason's big day when Fred (Frederic Dorkel), his older brother, comes home after spending 15-years in prison. When they all get together to steal a truckload of used copper, Fred proves to be a little rusty. Soon there is a guard dog at their feet and then some gunfire.

Violence is part of the vagabond life they have chosen and even within the family circle there are rough clashes between these young men whose hold weight-lifting competitions and have large tattoos all over their bodies. Jason makes it through the evening's rampage and bids farewell to Fred who has decided to move on by himself. The teenager is plunged beneath the water in a baptism ritual designed to cleanse him of his sins and set him on a path of renewal. 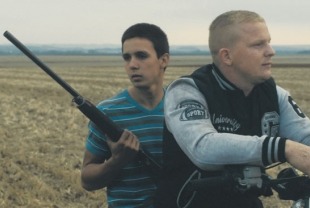 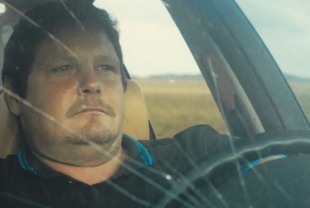