Directed by Abd al Malik
A gritty memoir of a talented young black man who struggles to free himself from a world of crime.

Parisian rapper Abd al Malik gives us a glimpse of his conflicted life growing up in a housing project in Strasbourg. In this black-and-white film, he presents himself as different characters wrapped up into one.

Abd al Malik (Marc Zinga) is a gifted philosophy student who is saluted by a teacher and given a chance to study and excel as a scholar. But another part of him is proud of his expertise as a street thief stealing wallets and snatching purses. Another aspect of his character builds on his talents as a rapper trying to break into a very popular field. Then there is his stint as a drug dealer when he is trying to purchase recording equipment. And last but not least is the man who loves and marries Nawel (Sabrina Ouazani) and who converts to Islam after the shooting death of a brother.

May Allah Bless France! depicts one young black man's struggles to free himself from a life of crime and find his own footing in a world where love, devotion to Allah, and passion for rap come together. 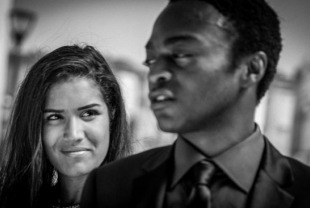 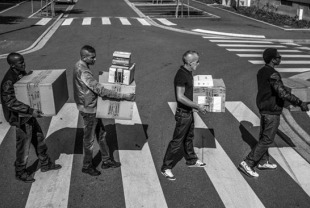