Directed by Chris Hegedus, Jehane Noujaim
An informative and inventive documentary that gives an an insider's look at the rise-and-fall of an Internet company.

This superbly informative and entertaining film by Chris Hegedus and Jehane Noujaim is the snappiest, most inventive, and relevant documentary of the year so far. Anyone interested in an insider's look at the rise-and-fall of an Internet company is directed to this dramatic portrait of a small group of ambitious entrepreneurs trying to hit the jackpot before they're 30 years old.

Kaleil Isaza Tuzman leaves his investment banker job at Goldman Sachs to become CEO of an Internet startup called GovWorks.com. His partner, Tom Herman, is in charge of overseeing the technical aspects of the website. They have been friends since childhood and are energized by their dreams of a successful business. The idea is that users will be able to pay all their government bills — everything from parking tickets to taxes — through the site. With great fanfare, Tuzman tells investors that there's a 600 million dollar market in this uncharted arena of "atomic democracy."

The two women filmmakers capture all the tensions, obstacles, disappointments, and conflicts in this dot.com adventure including difficulty reaching their lawyer at a point when an investor is ready to give them $17 million, a break-in at their offices and the theft of their marketing strategies, a delay of the website's launch, a rousing company meeting to lift morale when they learn that a competitor is ahead of them, the tricky maneuvers involved in forcing one partner out, and the problems that ensue from a bloated infrastructure.

Although Startup.com succeeds in its anatomy of an Internet company, the heart and soul of the story is the friendship between the gung ho Tuzman and the socially awkward Herman. Throughout the documentary they look like two boys playing with their cell phones, palm pilots, and other technological toys. When push comes to shove, money and power dash their relationship. Raising $60 million dollars is a cheap thrill compared to sustaining more lasting values. Like so many other twenty-somethings, Tuzman and Herman learn more through failure than through success. That seems to be one of the spiritual laws of the universe. 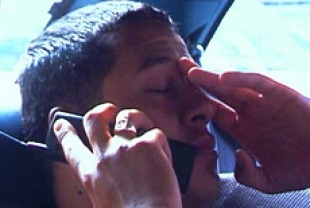 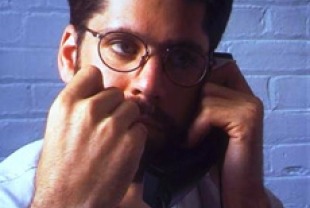