Dancing on the Edge

Directed by Stephen Poliakoff
An exquisitely mounted miniseries about the interplay between a black jazz band and the upper crust of English society in the 1930s.

This exquisitely mounted six-part miniseries was produced by the BBC and aired on BBC 2 in England in 2003, followed by a presentation on Starz in the U.S; it is now available on DVD. The sets, costumes, and music all beautifully evoke England during the 1930s. The story brings together a crosscut of rich and powerful aristocrats with a band of black jazz musicians dreaming of a day when their talent will be recognized with popular acclaim. This is one of the most entertaining soap operas in many a moon.

Stanley (Matthew Goode) is a prolific and ambitious music journalist for Musical Express. After hearing the Louis Lester Band playing in a basement jazz club, he gets them booked for a gig at the Imperial Hotel, an elegant but stodgy hideout for dowagers and very rich retired men. When the band plays, a pall of prejudice falls over the ballroom. It is obvious that the older generation is not going to connect with the black musicians or their music.

But there are others who are ready, willing, and able to help Louis Lester (Chiwetel Ejiofor) and his band succeed. Suddenly this talented composer and piano man finds himself surrounded by effusive admirers such as Donaldson (Anthony Head) who suggests the band get a female singer; Lady Cremone (Jacqueline Bisset), a well-connected but reclusive socialite; Sarah (Janet Montgomery), a gifted photographer who falls in love with Louis; and Pamela (Joanna Vanderham), a very clever and outspoken young lady who seems a perfect match with Stanley. On the outer edges of this circle are Masterson (John Goodman), a very wealthy and neurotic American, and his assistant and surrogate son Julian (Tom Hughes), who is Pamela's brother.

The writer and director of this entertaining series is Stephen Poliakoff who does quite a remarkable job balancing the drama's portrait of virulent racism alongside its depiction of the meteoric rise of the Louis Lester Band especially after they impress the Prince of Wales. Everyone who hears the group is enchanted by the singing of Jessie (Angel Coulby) and Carla (Wunmi Mosaku).

The undertow of hostility that accompanies these outsiders wherever they go caches up with them when one of the band members is murdered and another is accused of being the killer. Suddenly the true colors of many of Louis's supporters emerge. It is a sad scene but so true to life. Not everyone has the courage to go dancing on the edge.

Special features on the Blu-Ray/DVD include behind the scenes with cast and crew including director Stephen Poliakoff. 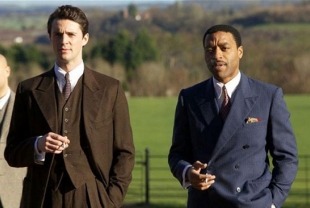 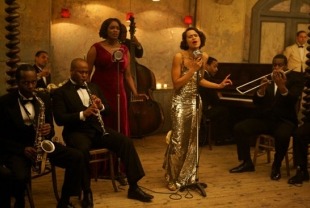 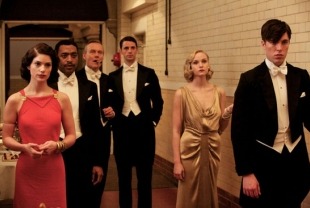 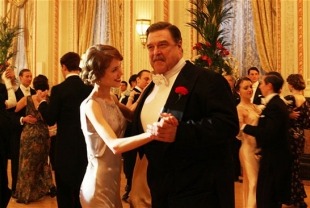