Ricki and the Flash

Directed by Jonathan Demme
A dramedy about a rock musician seeking to reconcile with the family she left behind to follow her bliss.

"Perfect people aren't real, real people aren't perfect, so you must decide either to hate me for my flaws or to love me for being real."

We have a special placed in our hearts for outsiders who have been forced to live on the edges of society. We have great respect for artists who make their own way in the world by listening to their creative inner voices. And we give thanks for rebels of all types who challenge us to wake up and to follow our bliss wherever it may lead us. 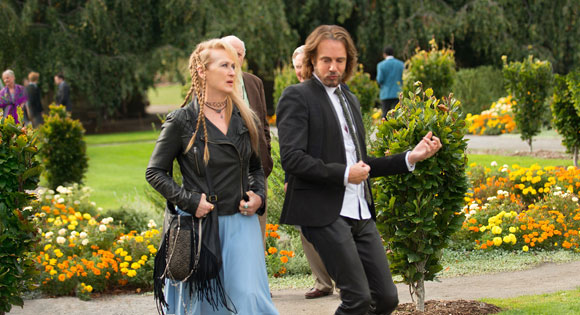 Ricki and the Flash is an odd movie directed by Jonathan Demme and written by Diablo Cody. The chief reason we stuck with the story was our empathy for Ricki (Meryl Streep), a rock singer/songwriter who had her shot at fame with an album released many years ago. In order to pursue her passion, Ricki left her husband and three children behind in Indianapolis. She now lives in California where she fronts a Tarzana bar band and works part-time at a Whole Foods-like market. 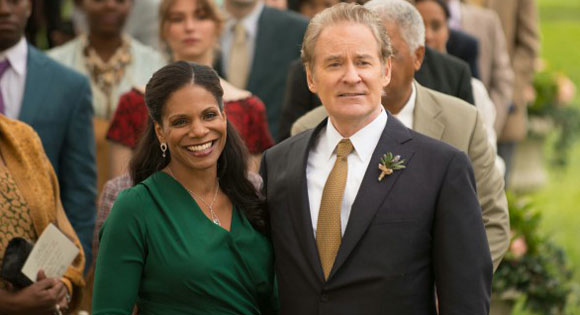 Her ex-husband Pete (Kevin Kine) has remarried a super-mom, Maureen (Audra McDonald), who thinks Ricki is a selfish woman who abandoned her children. She is away visiting her father when Julie (Mamie Gummer), Ricki's daughter, suffers a nervous breakdown after learning that her husband was leaving her for a younger woman. Pete can't handle Julie's depression, so he calls Ricki. Arriving in Indianapolis, she must first deal with her daughter's contempt for her way of life and her refusal to grow up. 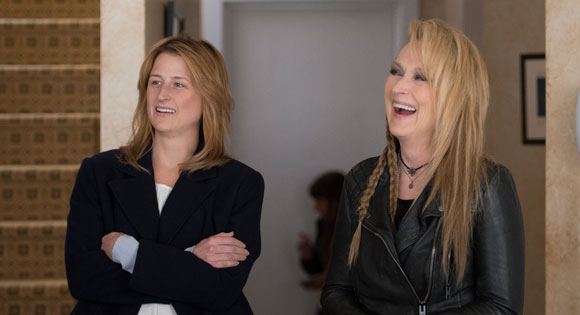 At dinner, Ricki meets her older son Josh's (Sebastian Stan) fiancé (Hailey Gates) and receives a chilly greeting from Adam (Nick Westrate), her gay younger son who can't stand being in the same room with his mother. The animosity this middle-aged rocker receives from her children is not a pretty thing to watch. It is a merciless attack on Ricki's essential being, but amazingly she weathers the storm.

There are three bright spots that save this character drama from oblivion. First is the performance by Meryl Streep who learned to play the guitar for the role and is more than adequate as a singer. Second, Rick Springfield puts in a stellar performance as Ricki's bandmate and boyfriend who is deeply in love with her. Third, the surprising finale involves a forgiving act of grace that took our breath away!