Directed by Emmanuelle Bercot
A disturbing French film about those who try to help an anti-social, violent, and angry teenage delinquent.

We are against the death penalty and are ardent supporters of prison reform. That is why we were shocked by the disturbing thoughts and feelings rumbling through our minds and bodies as we watched Standing Tall, a French film directed by Emmanuelle Bercot. It covers 10 years in the life of Malony (Rod Paradot) from the time his wayward single-parent mother (Sara Forestier) describes her son as "a monster" and abandons him in the office of the judge assigned to his case (Catherine Deneuve) through his anti-social and crime-ridden adolescence. 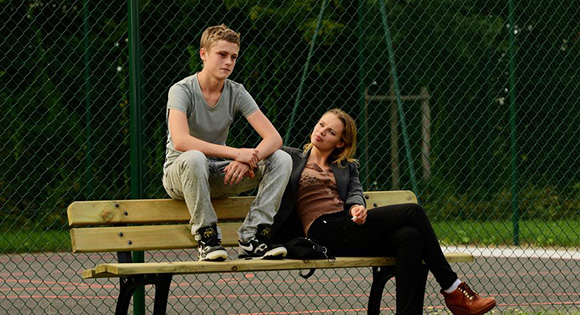 At 15 years of age, this juvenile delinquent loves stealing cars and pumping up his adrenaline on wild joy rides. He explodes in temper tantrums and dangerous displays of anger much to the dismay of the judge who, like an angel of mercy, keeps trying to find ways to help him develop some self-esteem and respect for others. She assigns a counselor, Yann (Benoit Magimel), to oversee the boy's participation in a work program. 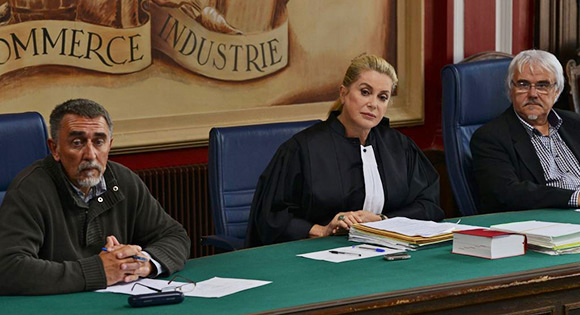 A teacher at the camp tries to tutor this petulant student but must deal with his rage and impatience. The only one who seems to have any positive effect on Malony is her daughter (Diane Rouxel) who is attracted to his status as an outsider and rebel against all efforts to take control of his choices or his future.

Writer and director Emmanuelle Bercot does an exceptional job depicting the dire fallout from Malony's inability to manage his anger. In one scary sequence, he smashes up a principal's office after sensing that things are not going his way in an interview to gain entrance to the school.

Another terrifying scene contains a battle between Malony and his depressed counselor Yann who realizes that this selfish and isolated teenager has no appreciation for those who have given so much to liberate him from his habitual self-destruction and to help him discover a better path. 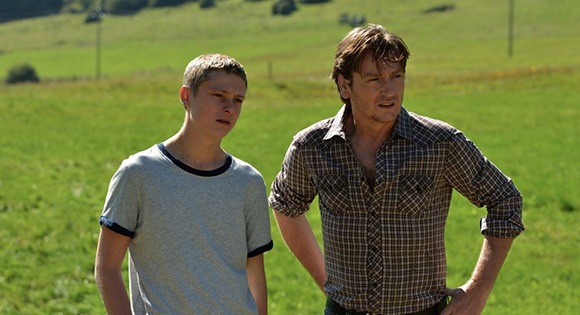 This scene grabbed us big time, and we both sided with the prosecutor who declares that it's time for Malony, despite his young age, to spend hard time in prison. After all the suffering, pain, and anguish he brings to those who truly care for him we felt that might be the only way to get through to him.

We were appalled by our strong feelings against this out-of-control and difficult person. Then we realized how hard it is to forgive. As Erik Kobell wrote in Were You There, "Forgiveness is fundamental to justice, but it requires the unlearning of deeply ingrained, culturally supported behaviors. It is like trying to untie a tight old knot." Luckily for us and for others who see this film, Bercot is more merciful and out of that mercy, she creates a surprise ending.