Look at Us Now, Mother!

Directed by Gayle Kirschenbaum
An insightful documentary about the director's disturbing, painful, and conflicted relationship with her mother.

The mother and daughter relationship is a primal one and it has been widely explored in past films and documentaries. Psychologist Jane Swigart describes it as a "theatre of the soul, revealing our deepest hopes, longings, destructible urges and capacities for love." Many analysts of this relationship have pointed out that we live in a culture which both idealizes and devalues mothers.

The first person we relate to is our mother. She is the source of our lives and the start of our stories. She connects us to the webs of kin and generations. Yet for many daughters this relationship is fraught with anger, disappointment, guilt, and fear. 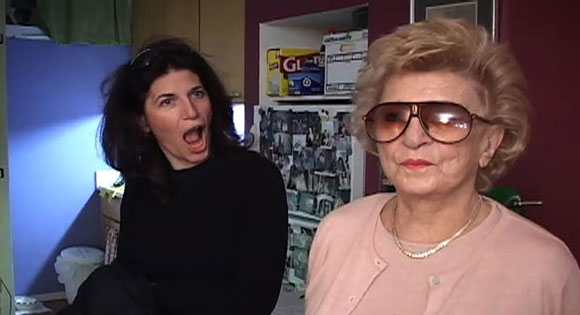 These realities form the thematic backdrop for writer and director Gayle Kirschenbaum's insightful documentary about her disturbing, painful, and conflicted relationship with her mother. This Emmy award-winning filmmaker founded and runs Writers on the Hudson.

"Being abused from the get-go when I had done nothing wrong, while watching my brothers being loved and adored, my earliest thoughts were that I must have been adopted," states Kirschenbaum as she scans her family's history through 8mm movies and recalls incidents from her suburban upbringing. She admits that she blames her mother for her fear of intimacy and her single status at the age of 60. She also confesses how her faithful and loving dog was the only one who had showed her how to love and trust. 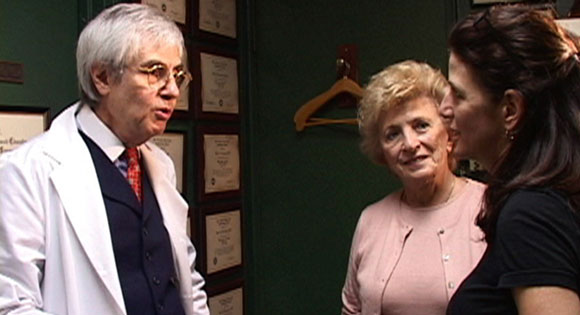 Her mother Mildred is 92 years old when she agrees to appear in this mother-daughter documentary. Still feisty, opinionated, and concerned about appearances, this long-lived parent defensively admits: "One of the reasons I might not have been nice to her as a child is that she was a bitchy little girl growing up." An example of Mildred's capacity for inflicting pain and humiliation on her young daughter is the time she got so fed up with Gayle that she punished her by putting her on top of the refrigerator.

One of her brothers confirms his mother's persecution of his sister:
"I remember going nuts with Mom for how humiliating and mean and cruel she was and what she did to you." He recalls how Mildred constantly criticized Gayle's big nose and was very upset about her daughter's long and wild hair. Once when Gayle returned an hour late from a date, Mildred threw a glass of water in her face and then pulled all her daughter's clothes out of the closet, throwing them on the floor. 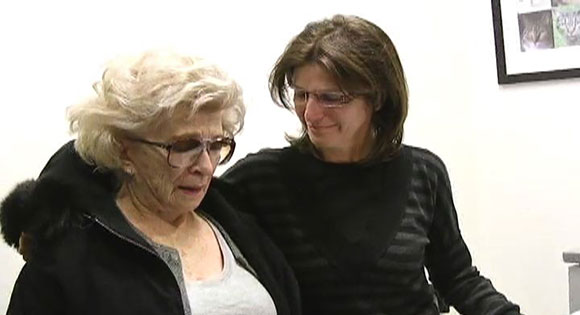 Gayle's abusive mother didn't come off very well with others; a school friend says: "To me, her mother was somewhat of a shadowy figure. . . . I remember not liking her. I remember her being intrusive, disrespectful and scary and it being unpleasant. She was this loud, shrill voice in the background: she was to be avoided."

Look at Us Now, Mother! reveals the genuine pain and suffering that Gayle went through growing up with Mildred's difficult behavior. We cannot go further into the ending except to say that a pivotal visit to a therapist gives this mother and daughter a way to move beyond their polarization.