Directed by Lorene Scafaria
The story of a widow's self-transformation through generosity, kindness, and letting go.

"The privilege of a lifetime is being who you are."

Many of us find it hard to accept and embrace our own unique spark in the miracle of life. That certainly is the case of Marnie Minerini (Susan Sarandon) who after the death of her husband leaves New Jersey and moves out to Los Angeles to be closer to her daughter Lori (Rose Byrne) who writes for television, has two dogs, and desperately misses her former boyfriend (Jason Ritter). But instead of being grateful for Marnie's maternal instincts (calling repeatedly, texting, and stopping in unannounced), Lori finds it extremely irritating and lets her know that she needs to respect the boundaries between them. 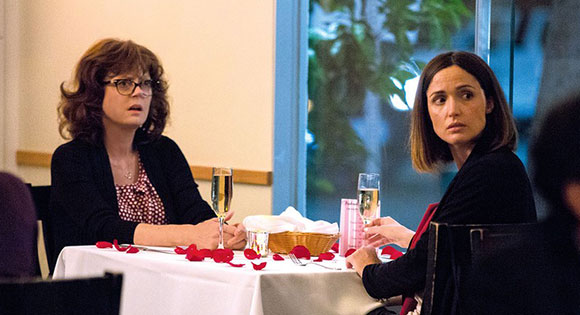 "You can trust the promise of this opening: Unfurl yourself into the grace of beginning that is one with your life's desire."

Marnie decides to unfurl her kindness and generosity in some new directions. She befriends Jillian (Cecily Strong), a friend of Lori's who is married but never had the wedding ceremony she had dreamed about all of her life. Marnie becomes her fairy godmother by paying all the expenses, from wedding dress to a ship venue, to bring Jillian's desire to fruition.

Freddy (Jerrod Carmichael) is a gregarious Apple Store employee who also reaps the benefits of Marnie's thoughtfulness. She suggests a new career path for him and even drives him regularly to night school. As a volunteer at the hospital, this do-gooder brings joy to a lonely elderly woman who wants to make an important connection but is unable to voice her need. 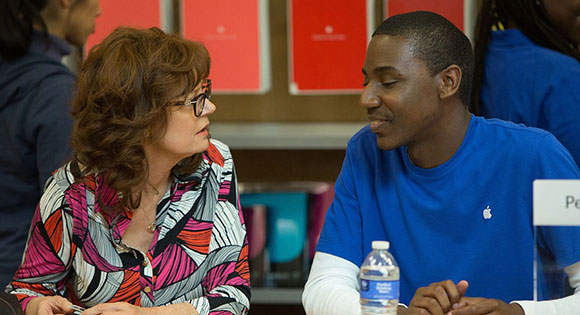 When her therapist (Amy Landecker) hears about the changes in Marnie's life, she suggests that she might be overcompensating for having inherited so much money from her husband. Is she having lingering issues of not being able to let go of him and closing herself off from other relationships?

There are several scenes in this unusual film written and directed by Lorene Scafaria where this confused and lonely senior's positive attitude manifests itself: we feel the pleasure in a ride she takes in her husband's convertible; we rejoice with her when she walks on the set of a movie and winds up as an extra; we relish the pleasure she derives from devouring a fresh egg for breakfast; and, best of all, we shiver with anticipation as she tries to decide to begin a serious love relationship with a retired cop (J. K. Simmons) who rides a Harley and raises free-range chickens who adore the singing of Dolly Parton. 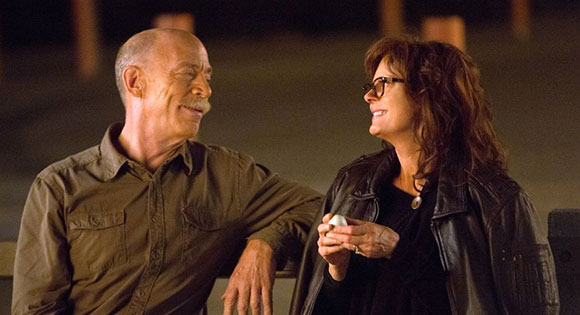 "Have patience with all things, but chiefly have patience with yourself. Do not lose courage by considering your own imperfections, but instantly set about remedying them: every day begin the task anew."

The Meddler presents Marnie's very real character flaws and in so doing does not sugarcoat the kindnesses that she lavishes on strangers. Some might say that she does the right things for the wrong reasons but by the end of her journey of self-transformation she is more awake, alive, and clear than she has ever been. In saying "yes!" to life, she lifts our spirits and we leave the theater on a genuine high.