Directed by Woody Allen
A romantic comedy about the heartbreak of being in love with love.

Woody Allen's latest romantic comedy deals with two subjects he has probed before: (1) the pain and suffering endured by those whose love relationships are built on myths rather than on reality and (2) older men's propensity to fall in love with young women. One of the characters in the film expresses the take-away from Café Society: "In matters of the heart, people do foolish things." 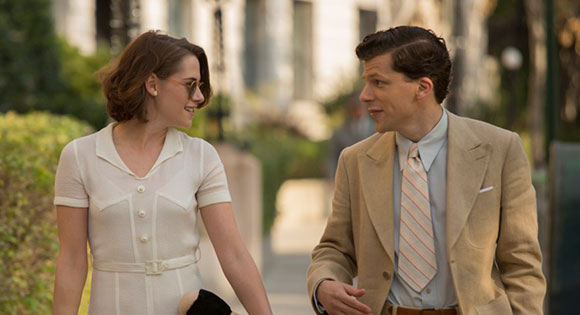 Bobby Dorfman (Jesse Eisenberg) is an earnest and impatient young man who wants to get on with living. That means skipping working with his father (Ken Stott) in the family jewelry business in the Bronx and hooking up with his mother's (Jeannie Berlin) brother Phil Stern (Steve Carell) who is a big-time agent to the movie stars in Hollywood. Bobby travels to L.A. and rents a small room. After three weeks of cancelled appointments, he finally meets with his uncle.

Bobby starts working for Steve running errands and doing odd jobs. Steve in turn orders his attractive assistant Vonnie (Kristen Stewart) to show the newcomer around the city. She is a pleasant and cheery young woman from Nebraska who wants to be Bobby's friend whereas he thinks he has fallen in love with her. Much to his dismay, Vonnie confesses that she has a steady boyfriend. 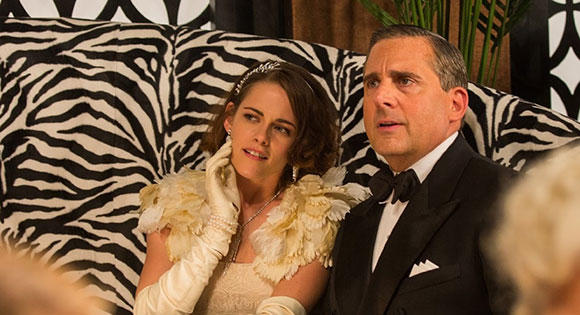 Woody Allen narrates this film giving a slice-of-life in the Hollywood of the 1930s. It is filled with fancy scenes of the rich entertaining themselves at famous eateries and hot gathering spots for celebrities. Bobby is initially entranced by this lifestyle but soon longs to return to New York. Learning that Vonnie has broken up with her boyfriend, he proposes to her with his dream of living in Greenwich Village. But this is not to be. It turns out Bobby just can't compete with what the other man can offer her. 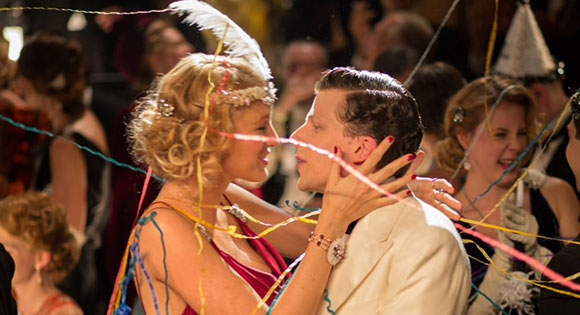 Back in the Big Apple, the heartbroken youth decides to help his gangster brother Ben (Corey Stoll) run a night club. He marries Veronica (Blake Lively), a divorcee and City Hall official. But he just can't let go of Vonnie who visits him after many years travelling around the world with her husband. The ache in the protagonist's heart for the one that got away causes him much sadness, and it appears that she is also having regrets about the choice she made. Being in love with love sometimes lasts a lifetime and for some, there is no release from its tenacious hold.

PG-13 - some violence, a drug reference, suggestive material and smoking