Directed by Julio Quintana
A stirring parable about the spiritual transformation of a community after a tragedy.

Ten years ago, the people of a small Puerto Rican village were frozen in grief after a giant wave crashed into their schoolhouse and swept 46 children out to sea where they drowned. Since then the women have worn black and refused to consider having more children. The Catholic priest, Father Douglas (Martin Sheen), is distraught about the community's depression and low attendance at church. He is patiently awaiting some sign of hope and renewal among the people he loves so dearly. 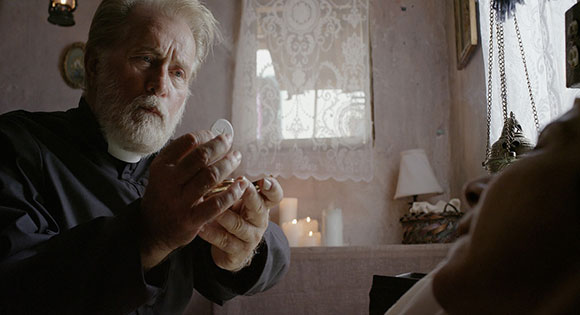 Leo (Lucas Quintana) is a caring son who looks after his mentally unbalanced mother Fidelia (Jacqueline Duprey), who lost her other son in the tidal wave tragedy. When he learns that his best friend Gabriel (Hiram Delgado) is leaving town, he gives him a motorcycle. The two young men drink too much during their last evening together. The next morning, they are both found dead by fisherman, who confirm they were drowned in the sea. But miraculously, Leo turns out to still be alive.

Father Douglas is convinced that this inexplicable resurrection is God's sign to the townsfolk that He is present among them. Soraya (Aris Mejias), whose husband the schoolteacher died along with the children, is the object of Leo's secret affection, and she is now moved by her own emotions to align herself with him. Her gesture is to take her most colorful dresses out of the closet and wear them again. Another positive sign that something is afoot in the village is that a couple comes to Father Douglas with news that they want to have a child. 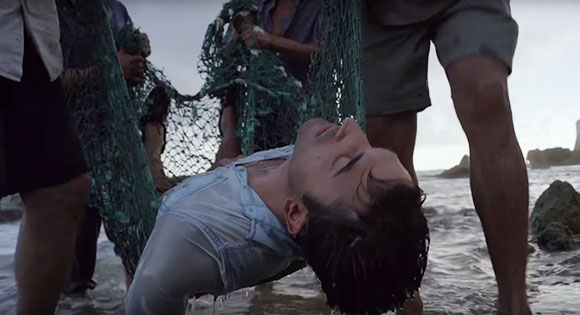 Writer and director Julio Quintana along with producer Terrence Malick (The Tree of Life, To the Wonder) has created a very moving film about the spiritual transformation of individuals and an entire community. It is fascinating to watch these villagers slowly come alive thanks to the presence of Leo and the attention of Father Douglas. The filmmaker shows us that hope is a contagion that can be caught and given to others as nourishment for the future and escape from the bondage of the past.

Perhaps what we liked best about the film is that it leaves so much unsaid and unexplained. French writer Francis Rene de Chauterbriand had it right when he observed, "There is nothing beautiful or sweet or great in life that is not mysterious." Although The Vessel contains a handful of references to Jesus and his passion, the rest of the story is drenched in mystery. And that is what makes it a worthy work of cinematic art as well as a stirring spiritual parable.