Directed by Melinda Janko
Profile of a zealous and gifted Native American heroine.

The genocide of Native Americans remains one of the most shameful chapters in U.S. history. And the abuse and exploitation of these peoples has continued, as revealed in this shocking and thought-provoking documentary directed by Melinda Janko.

In 1887, laws made it possible for the government to hold in trust monies generated from Indian lands. The Bureau of Indian Affairs sent royalty payments to the tribes but the amount was only a minuscule part of the profits being made from their mineral rights. Through murky accounting practices, Indians on reservations were being ripped off by the government. In addition, oil and gas wells were poisoning their water and killing livestock. 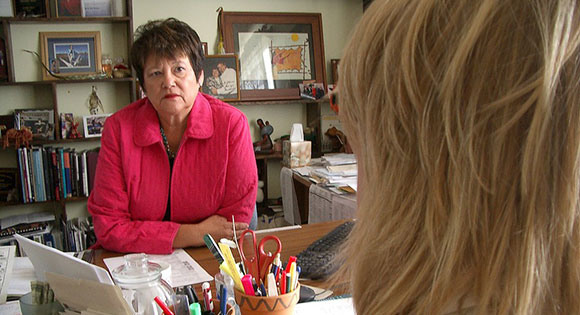 Elouise Cobell, a member of the Blackfeet tribe and a banker from Montana, became enraged about this callous and inhumane treatment of her people. In 1996, she filed a class-action lawsuit against the government to reclaim some of the stolen monies.

In this documentary, we see her patience and determination as she battles bureaucrats and red tape. We witness the empathy she has for poor Native Americans who do not have electricity or running water and little hope for things turning around. Cobell's civil-action lawsuit took 14 years and was a rollercoaster ride of ups and downs for her. Winning a McArthur Foundation "genius grant" provided her with funds to continue her crusade. 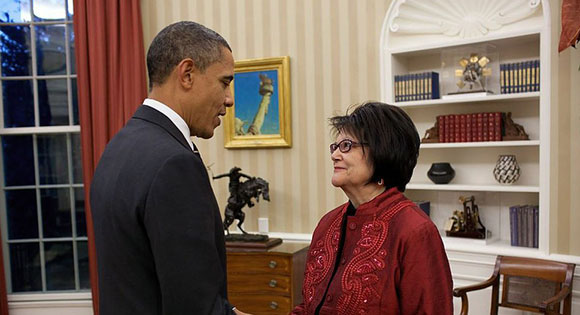 Thanks to her unstinting efforts, the legal battle ended with the federal government agreeing to pay $3.4 billion in compensation for mismanagement of Indian trust funds since the late 1800s. More than 300,000 members of many tribes will receive payments under the settlement.

Elouise Cobell died of cancer in 2011 and claimed that she was not a hero but merely a seeker after justice for her people.

Fire in the Belly Productions, 9/16