Directed by Kelly Riechardt
A gentle, slow-moving, film about the heartache and disappointment of four Wyoming women.

Kelly Reichardt has made four immensely appealing movies. Old Joy is about the tender and painful feelings involved in the end of a friendship. Wendy and Lucy focuses on a poor girl who falls into peril on her way to Alaska to find work. Meek's Cutoff is a Western set in 1845 that depicts the spiritual transformation of a female settler into a leader as she journeys in a covered wagon caravan. And Night Moves explores the dark places in the hearts of eco-idealists who carry their zeal too far.

These four films vividly illustrate this director's keen attention to character development, the spiritual ways in which our choices have consequences beyond our control, and the formidable challenges faced by all those who strike out on their own to transform themselves or to change the world. In Reichardt's dramas people are in no rush; they take their time as life slowly unspools within and around them.

Certain Women is based on Maile Meloy's collection of stories Both Ways Is the Only Way I Want It. Writer and director Reichardt gently probes the lives of four women in Livingston, Wyoming. These solitary souls do not talk very much; they are moody and wary of change. 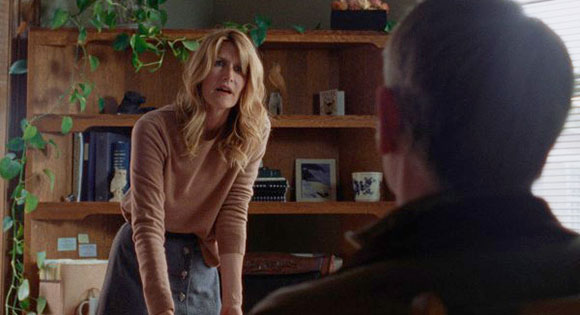 Laura Wells (Laura Dern) is a tired and exasperated lawyer whose only respite from her work is an afternoon affair with Ryan (James Le Gros), a married man. Her client Fuller (Jared Harris) just won't let go of lawsuit to pay for injuries he suffered at work as a construction laborer. Laura finds herself empathizing with this suffering soul while also being terrified that he will at some point soon erupt into violent action.

In the second story, Gina Lewis (Michelle Williams) is unhappily married to Ryan, Laura's lover. She has to do everything to keep them afloat financially and emotionally. Their teenage daughter (Sara Rodier) lives in her own self-absorbed world. In a visit to a socially awkward and self-sufficient elderly neighbor (Rene Auberjonois), Gina tries to talk this hermit into selling them some native sandstone that has been languishing in a pile in front of his house for years. 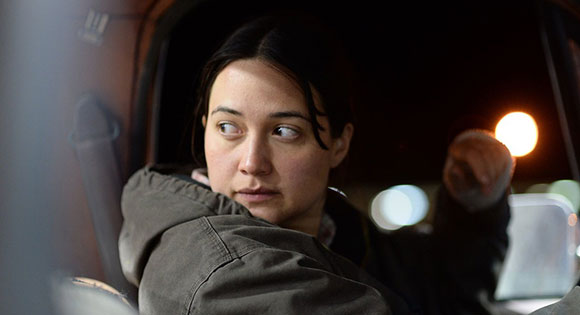 The most involving tale is the last one, an alluring account of a soft-spoken and lonely ranchhand, Jamie (Lily Gladstone), who is attracted to Beth (Kristen Stewart), a recent law school graduate who has come to teach a class on education law to school teachers. The two young women share meals after class. The only way the shy Jamie can express her feelings for Beth is by sharing a horse ride. 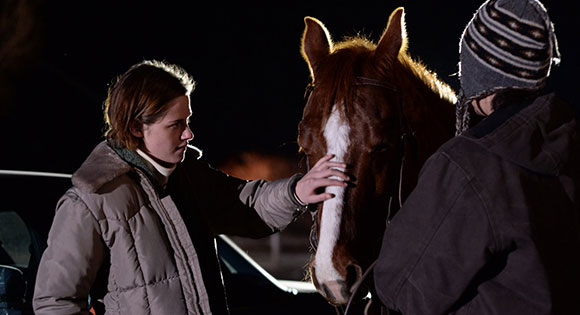 Thanks to Reichardt's precise, spare, and subtle cinematic style, we feel the heartache and disappointment of these four women whose struggles to survive mirror our own. The impressive cinematography of Christopher Blauvelt provides a perfect backdrop for the three stories. Best of all are the outstanding performances by Laura Dern, Michelle Williams, Kristen Stewart, and Lily Gladstone.