Directed by Scott Derrickson
A Marvel character fights evil in a mix of special effects and metaphysics.

The character of Doctor Strange was created by comic book artist/writer Steve Ditko in 1963 for Marvel. This is the first movie about him. Dr. Strange (Benedict Cumberbatch) is an arrogant and driven neurosurgeon who plunges into the miasma of fear, dismay, and doubt when he suffers severe nerve damage to his hands in an automobile accident. Strange is very smart — he possesses a photographic memory — but is lacking in the arena of personal relationships. He lives alone in a luxurious Toronto apartment and drives away Christine Palmer (Rachel McAdams), a neuronurse who is the one person who tolerates his flaws and actually loves him. 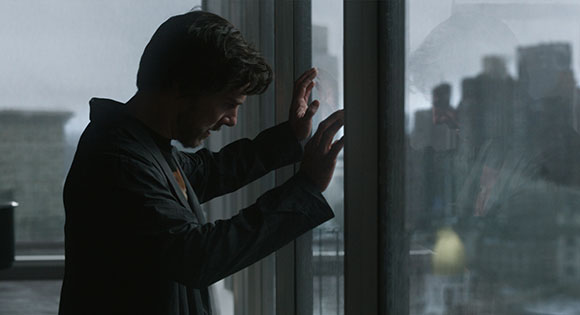 After learning that another man who had been deemed hopelessly paralyzed was cured in the East, he decides to find the teacher of mystic arts responsible. In Kathmandu, he meets Mordo (Chiwetel Ejiofor) who is a follower of the Ancient One (Tilda Swinton). He wisely tells the desperate doctor to "Forget everything you think you know."

Strange is impressed with the Ancient One's sorcery skills which enable her to "reorient the spirit to better heal the body." Trips through inner and outer space convince him that wider and more wondrous worlds exist beyond his wildest imaginings. He decides to stay and study with this spiritual teacher. 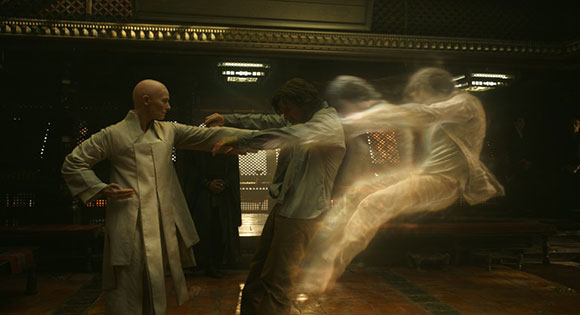 This action drama is directed by Scott Derrickson who refuses to put Strange's quest for meaning and the mind-expanding tenets of mysticism above the special effects obsession that marks all the Marvel superhero sagas. Scenes of hand-to-hand battles with Kaecilius (Mads Mikkelsen), a rebellious student of the Ancient One are filled with multiple shifts of gravity and the morphing of buildings. Dickerson seems to want to make the most of the action style pioneered by Christopher Nolan in Inception.

Strange demonstrates his new out-of-the-box skills in a clever encounter with Dormammu, the Lord of the Realm of Darkness. He learns a needed ritual from the ancient books in the library run by another member (Benedict Wong) of the Ancient One's inner circle. 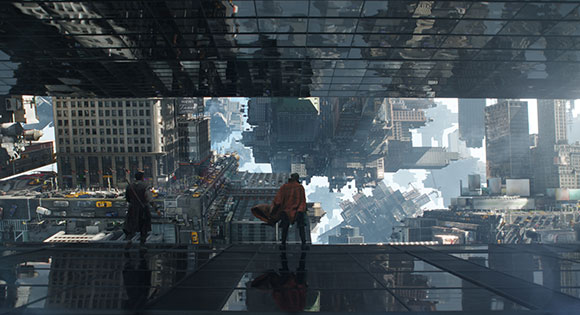 Plenty of metaphysical issues come up along the way as Dr. Strange discovers that he is much more than he thought he was. He learns that just as he got to be a surgeon through study and practice, he must do the same if he is to master the mystical arts. But first, he must silence his ego and surrender control. Then there is a lot of talk about manipulating time, the meaning of death, and the quest for eternal life. And the "simplest" lesson of all: "It's not about you."

As he has done in other movies, the inimitable Benedict Cumberbatch
single-handedly elevates this 3-D IMAX production as the perfectly cast arrogant neurosurgeon whose spiritual journey results in him becoming a Sorcerer Supreme.

PG-13 -sci-fi violence and action throughout, and an intense crash sequence