Directed by Brent E. Huffman
An Afghan archaeologist's passionate attempts to defend one of this century's most significant discoveries of a sacred site.

In March of 2005, the Taliban blew up the two Buddhas of Bamyam in Afghanistan, cultural and spiritual sculptures from the 5th and 6th centuries. The Taliban spokespersons claimed that they were idols that needed to be destroyed.

Now another sacred Buddhist site is in jeopardy. Mes Aynak is situated close to the border with Pakistan. Workers there must be on constant alert for Taliban attacks. The area also needs to be tested for landmines. 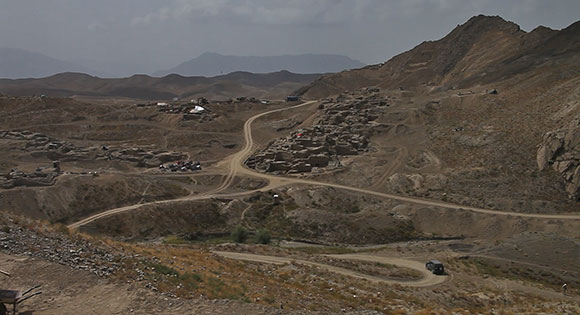 At the hub of this documentary is Qadir Temori, an Afghan archaeologist whose courage, creativity, and perseverance is conveyed in his passion for this project which he sees as the most significant archaeological find of the century. French experts who have served as consultants agree with that assessment. It is a 5,000-year-old archaeological treasure trove of sculptures, wood carvings, jewelry, pottery, and various other artifacts. 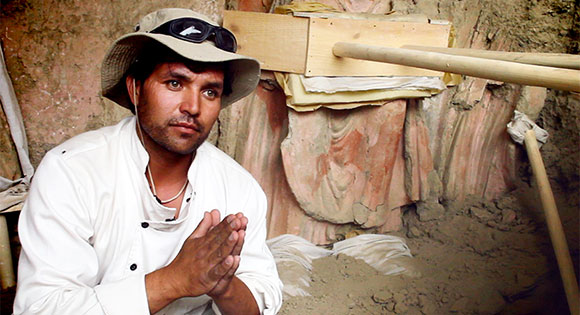 Temori and his team estimate that only 10 percent of the site has been uncovered so far. He has been given a deadline of a year to finish. This mandate came from the Afghan Ministry of Mines which has approved mammoth Chinese mining company's plans to harvest $100 billion dollars' worth of copper buried underneath the ruins. Open mining has traditionally been the most environmentally destructive approach, and there are well-founded fears of toxic pollution in the area. Citizens of six villages have been evacuated. 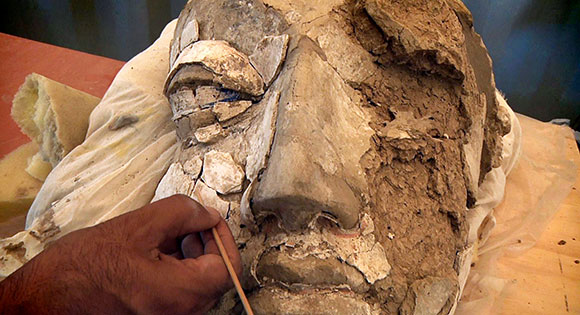 Saving Mes Aynak shows the insanity of the imminent destruction of an invaluable cultural heritage site coupled with Afghan's first major mining deal and the fears of environmental hazards which could accompany it.