Julieta (Emma Suárez) is a sad and lonely middle-aged woman living in Madrid. For 13 years she has been hollowed out by the loss of her daughter Antia (Blanca Pares) who cut her completely out of her life. Then one day, a chance encounter with her daughter's former best friend, Bea (Michelle Jenner), reawakens Julieta's hope that she can sometime soon be reunited with Antia. 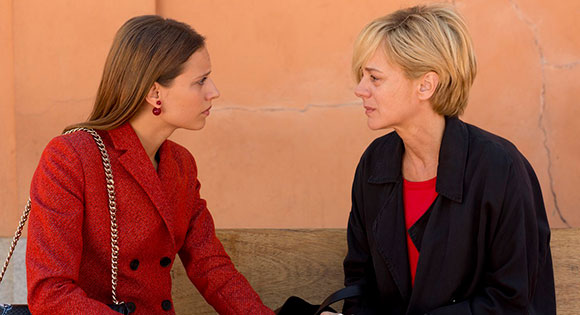 Julieta cancels the plans she has made with her lover Lorenzo (Dario Grandinetti) to start a new life with him in Portugal. Bea says that Antia has three children and is living near Lake Como in Italy. This news arouses new hope in Julieta. She decides to move back into the apartment building where she was last with her daughter. She begins a diary and we, along with her, are transported to 1985.

A blonde and strikingly beautiful Julieta (Adriana Ugarte) meets two men on a train. The first is an older man who wants to have a conversation with her, but she rebuffs him and rushes out of the compartment. She settles down in another car with Xoan (Daniel Grao), a handsome fisherman who reveals that he is married to a woman who has been in a coma for five years. Shortly afterward, the first passenger commits suicide whereas the second stranger has sex with her. 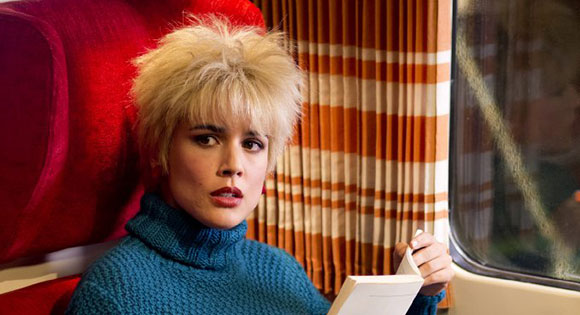 Nine months later, Antia is born. Xoan's wife has died, and Julieta moves in with him, much to the dismay of his housekeeper (Rossy de Palma). On a visit to her own aging parents, Julieta is shocked to find that her father is having an affair with a young housekeeper and caretaker for her bedridden mother. Meanwhile, Antia and Bea become bosom buddies after meeting in camp. 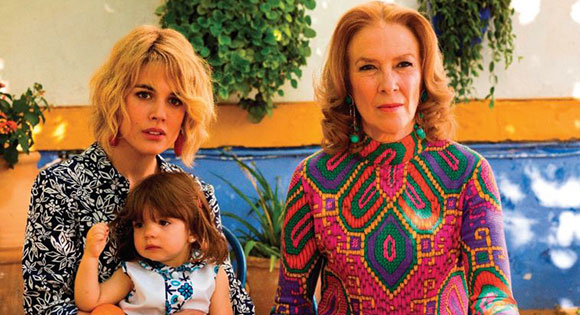 Pedro Almodovar has written and directed this compelling film about love, loss, passion, familial guilt, and mother-daughter relationships. It is based on three stories by the Nobel Prize-winning Canadian novelist Alice Munro. This is his 50th film and it vividly conveys Almodovar's continuing ability to create emotionally literate dramas that immerse us in the life-changing experiences of women.