Seven Songs for a Long Life

Directed by Amy Hardie
A touching documentary about the healing powers of music in a hospice setting.

Seven Songs for a Long Life debuts Monday, January 30, 2017, on the PBS television series POV (Point of View). Check local listings for the station and time in your area.

The doctors, nurses, and other staff who work at Strathcarron hospice in Scotland are willing to try anything to meet the needs of their dying patients and their loved ones. The emphasis is upon care that is compassionate and sensitive to the fact that many of the patients are in pain and also dealing with the sobering impact of their impermanence.

Nicola was diagnosed with cancer six years ago and suffers from constant pain that diminishes her will to do much. Iain, a former cycling champion, suffers from the increasing debilitation of multiple sclerosis and has been worn down by the friends who have abandoned him since his diagnosis. 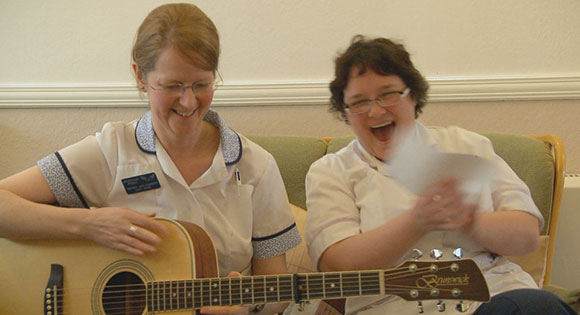 The head nurse named Mandy taps into the healing balm of music. It becomes a key to healing and the creation of community. She explains that in Scotland, music is "a very social . . . part of culture. It is one of the last things to deteriorate." Witness the lively rendition of Frank Sinatra's "I Left My Heart in San Francisco" performed with good cheer by Tosh. Not long after singing this classic, he died unexpectedly. Other hospice patients are busy trying to create good memories for their children by singing with them.

Mandy believes that it is not the place of the hospice staff to fix people but to be with them in deep listening and patience. These qualities come to life on the screen as the staff and patients celebrate when one woman's cancer goes into remission and a couple gets married. 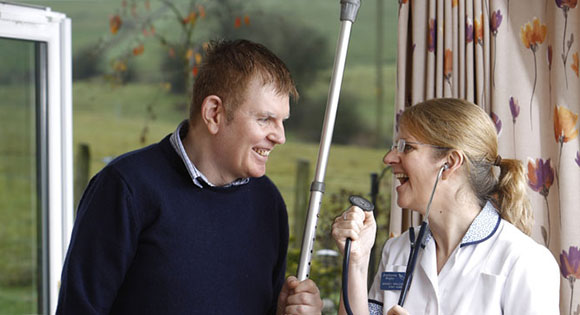 Amy Hardie directs this heart-affecting documentary. We were touched by the magical ways in which the singing of songs such as "Wouldn't It Be Loverly" and "Dream A Little Dream of Me" tap into the memories of both those singing and those listening. And then as a special treat, Hardie gives us a closing taste of the beauty and bounty of singing. Mandy and Nicola sing a mesmerizing duet of R.E.M.'s "Everybody Hurts." Its lyrics have great relevance to the ample messages of Seven Songs for a Long Life:

"Sometimes everything is wrong
Now it's time to sing along
When your day is night alone (hold on)
(Hold on) if you feel like letting go (hold on)
If you think you've had too much
Of this life
Well, hold on

"Everybody hurts
You are not alone"