Directed by Eleanor Coppola
A diverting drama about the bounties of wonder, beauty, and the art of being present to the delights of the senses.

Michael (Alec Baldwin) is workaholic film producer who is waiting for a chance to vacation in Paris and for the first time in many years to spend some quality time with his wife Anne (Diane Lane); she runs her own fabric shop in California. Michael is a smart-phone addict who can never cancel a call or speak briefly. He is plugged into the 24/7 nomad world of entertainment. All he really needs from his wife is her ability to match his socks. 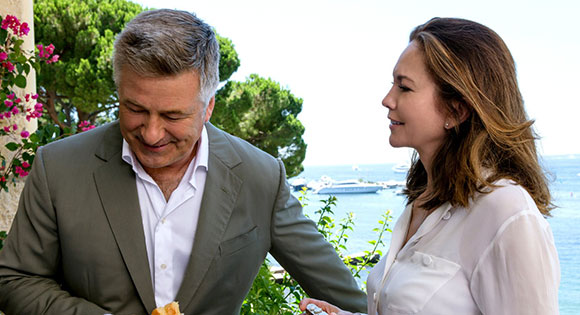 When Michael announces he has to put out some production fires in another city, Anne, suffering from an earache, decides not to fly with him. His business partner, Jacques (Arnaud Viard) volunteers to drive her to Paris. His philosophy of travel is to take the backroads and share lovingly prepared meals together with wine and roses. He has an encyclopedic mind that is filled with historical, cultural, and religious trivia. He does not edit his travelogue talks and manages to get Anne to look twice at the marvels he points out to her. 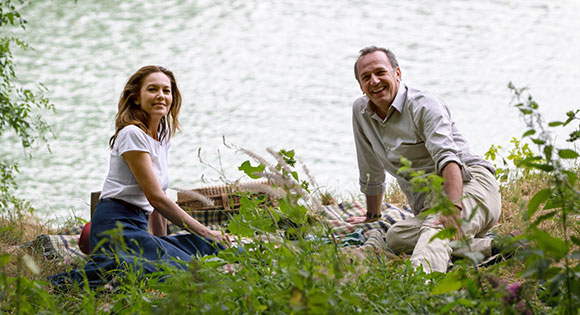 Jacques proves himself to be a connoisseur of wonders such as foods, flowers, and out-of-the-way excursions, such as a picnic near an idyllic pond, But Anne is no slouch when it comes to observations, especially with her interest in taking hundreds of pictures of little things that delight her senses. As they continue on their meandering way to Paris, Anne gets restless, especially when Jacques romances a blond beauty. Her attitude toward her loquacious host shifts when he consoles her in a church as she talks about her grief over her baby who died.

Besides proving himself to be a splendiferous guide, Jacques asks probing questions to Anne -- ones that connect with her heart and soul. Every viewer will have his or her own idea about the future relationship between this single man and married woman.

Paris Can Wait is the debut film of Eleanor Coppola, the wife of Francis Ford and the mother of Sofia. One thing is perfectly clear, it has been a long time since we have seen an American film filled with so many expressions and examples of the richness of a life animated by wonder, beauty, and being present.