Directed by Christopher Nolan
An immersive movie that takes viewers inside the experience of war on sea, on the land, and in the air.

In 1940, nearly 400,000 Allied troops were stranded on the beach at Dunkirk, France, caught between the German advance and the English Channel. They were so close to England that the desperate soldiers could almost see their loved ones back home. An evacuation was planned for the British troops using Royal Navy ships. But instead these men endured a horrific nine-day siege. They became sitting ducks as Nazi airplanes strafed and bombed the beach and the rescue ships filled with thousands of men. 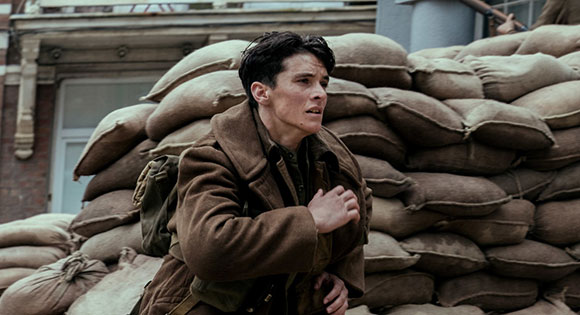 Director Christopher Nolan has carefully crafted a spectacular war movie that vividly depicts the senselessness, the fear, and the randomness of death by land, air, and sea. The opening scene shows Tommy (Fionn Whitehead), a young soldier frantically running down the street of a French town as enemy snipers kill all his comrades. He scrambles over fences, hurdles over dead bodies, and then finds himself on the Dunkirk beach. 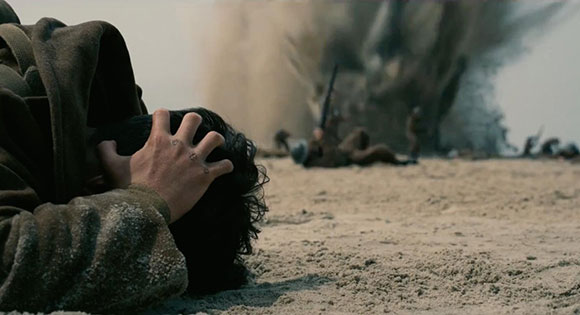 There is nothing heroic about his survival. He joins a French soldier, and pretending to be medics, they carry a wounded soldier on a stretcher to one of the departing ships. The strategy works but they face other more treacherous threats to their lives and limbs.

Meanwhile, A British naval commander (Kenneth Branagh) watches as hundreds of soldiers die on the beach, in boats, or in the sea. We witness one soldier walking into the sea to drown in an act of suicide. Since shallow waters have prevented British destroyers from reaching those on the beaches, the call has gone out to English civilians like Mr. Dawson (Mark Ryance), his young son (Tom Glynn-Carney), and teenage friend (Barry Koghan), to bring their fishing and leisure boats to Dunkirk in a last-ditch mission to ferry the soldiers to safety. These three rescue a shell-shocked young man (Cillian Murphy) who begs to be immediately taken as far away as possible from the horrors of Dunkirk. 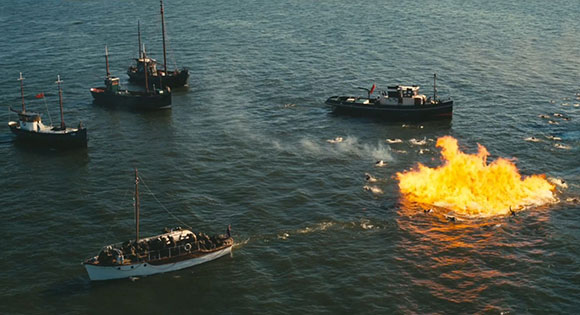 The third narrative strand centers around the efforts of British pilots to shoot down German planes. One (Jack Lowden) gets trapped in his plane when it plunges into the sea. Another (Tom Hardy) does all he can to make the most of his limited combat time in the air before he runs out of fuel.

Nolan has said that he wants to give the audience a historically accurate version of this event, but mainly his goal is take the audience inside the experience of Dunkirk. And he succeeds. We discover what it is like to spend a week on the beach, a day among the rescue flotilla, and an hour in the air combat. There are plenty of characters to empathize with and many memorable moments. 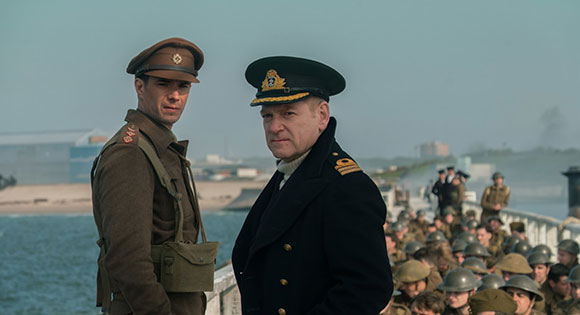 This is an immersive movie – the sound editing should win an Academy Award. Also pay attention in particular to the superb acting by Kenneth Branaugh. In two scenes, lasting perhaps a minute each, as the camera focuses on his character, he conveys with his eyes and face alone two dramatic turns of the story.