Our Souls at Night

Directed by Ritesh Batra
A touching and elegant movie about the healing qualities of deep talk in the last stage of life.

"I just want to live simply and pay attention to what's happening every day."

This simple, touching, and elegantly written and directed film takes within its warm embrace the ache of loneliness that comes with old age, the yearning for the healing balms of honest and revealing talk, the pain and frustration that stems from other people gossiping about us, and the burdens and blessings that are mixed together as our children and grandchildren become the central focus of our lives.

Addie (Jane Fonda) and Louis (Robert Redford) are elderly neighbors who have lived on the same block for many years but do not know each other very well. They are both widowed and are lonely most of the time. With spunk and courage, Addie show up at Louis's door and asks, "I wonder if you would consider coming to my house sometimes to sleep with me?" 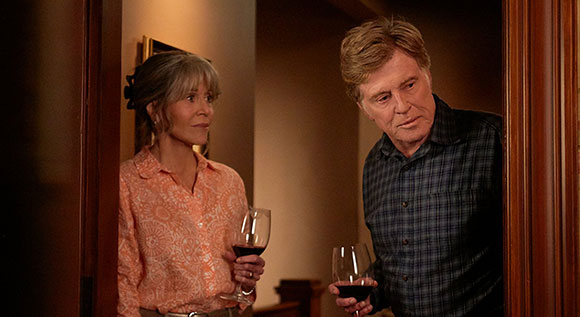 "What?" he responds, quite baffled by her proposition. Addie explains that she does not mean having sex but just lying in bed companionably and talking together before sleeping. "The nights are the worst," she observes and he agrees. Louis thinks things over and decides to take a leap in the dark. He shows up at Addie's home with a paper sack with his pajamas and toothbrush inside.

The relationship they form is awkward at first but then it slowly blossoms as they spend more time sharing memories of the past and the work-in-progress of their lives. Louis recalls a sad chapter in his life revolving around leaving his wife and daughter for an affair with a beautiful teacher. He returned to his wife but she died after a long battle with cancer. Addie tries to assure him that he is a good man. She later relates how her daughter was killed in an accident and reveals that tragedy's painful reverberations in her life and the life of her son, Gene (Matthias Schoenaerts). He has never forgiven her for shutting him out after his sister's death. 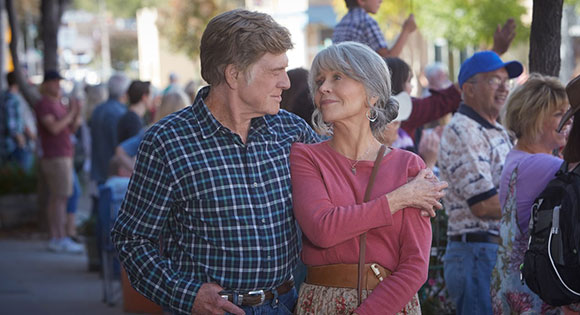 Having passed with flying colors the role of surrogate summer father, Louis decides to let go of the gossip about his affair with Addie, which has spread like wildfire through the community. His daughter Holly (Judy Greer) arrives for a visit before embarking on a trip abroad. She seems to be able to handle her father's adventures, but Gene disapproves, telling his mother, "He's no saint; he's caused his share of pain."

Our Souls at Night is based on the last novel of Kent Haruf. It opens our hearts and minds to the tender and touching quest for two elders to connect with meaning and purpose in the last stage of their lives. It is beautifully directed by Ritish Batra whose two other films present characters who are also caught up in a headlong pursuit of love. In particular, The Lunchbox is a lovely romance set in Mumbai that would make a great double feature with this movie. 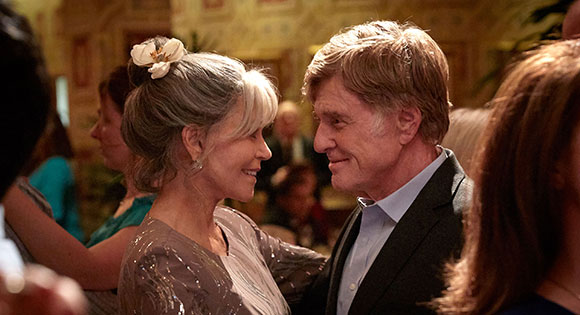 Our Souls at Night is in some theaters and streaming on Netflix. We have watched Fonda and Redford do an elegant dance before in The Chase (1966), Barefoot in the Park (1967), and The Electric Horseman (1979). They are good together.