Directed by Joan Kron
A wide-ranging purview of plastic surgery, conveyed through the stories of the many female comedians who have tried it.

More than 15 million cosmetic procedures were performed in the U.S. during 2014; over 90% of them were done on women. Joan Kron, who spent 25 years as contributing editor at large of Allure Magazine, is director of this documentary which includes a short history of plastic surgery (dating back to 1916 when Parisian Suzann Noel pioneered facelifts); focuses on two female comedians who struggle with their feelings about trying the procedure; and presents commentary by plastic surgeons, psychologists, sociologists, cultural critics, and the medical community. 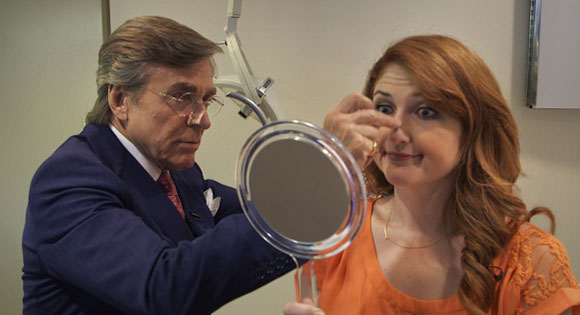 In her research, Kron discovered that while many women in other professions tend to keep it secret, female comedians from Phyllis Diller to Kathy Griffin to the late Joan Rivers have mined this topic for its rich and funny material on aging, beauty, vanity, comparisons, youth and ugliness.

The two main stars are Emily Askin, an improvisational comedian who opts for surgery to take away the bump on her nose she dislikes, and Jackie Hoffman, a veteran actress on Broadway and television who wonders if by becoming more attractive, she might lose some of what she's known for. 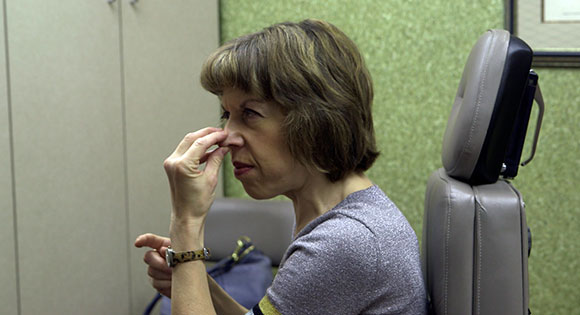 There is plenty of fascinating material here on plastic surgery and the hard questions potential patients should ask. But Take My Nose…Please! wastes far too much time in unfunny comic routines and puts too much emphasis on celebrities.