Directed by James Demo
Fascinating documentary on a Don Quixote peacemaker trying to bring healing to a war-torn world.

Peace has its victories, but it takes brave men and women to win them.
—Ralph Waldo Emerson, poet and essayist

Padraig O'Malley at the ripe old age of 73 sees himself as a Don Quixote figure trying to bring peace, healing, and reconciliation to a warring and weary world. Originally from Northern Ireland, he is a Distinguished Professor at the University of Massachusetts and has written many books. O'Malley has worked on high level peace processes in Iraq, South Africa, Northern Ireland, and other war-torn regions.

"We need to learn and to show others that there are tried and tested, powerful ways of containing and resolving conflict which do not require the use of force."
— Scilla Elworthy, a peace activist 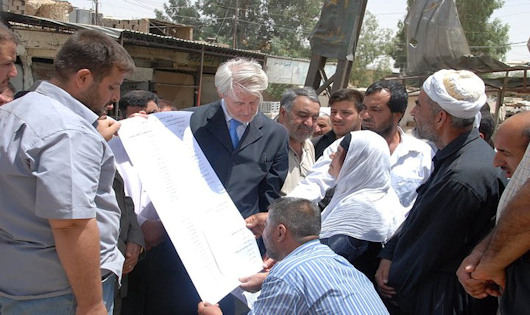 James Demo, the director of this fascinating documentary, calls it a portrait of the life, work, and philosophy of this wounded healer. He spent five years filming this peace broker during his travels to advance the cause of peace. In moments of genuine intimacy, O'Malley talks about his alcohol addiction and the arduous process of recovery. Historical photographs and footage trace the arc of his career, which he often funds himself from the receipts of a pub he owns in Boston.

In recent times, we see him working hard at the Forum for Cities in Transition, an annual gathering of civic leaders from ten divided cities on four continents. He explains that people who are transitioning from conflict in divided societies can understand each other in a unique way. Northern Irelanders were given opportunities to speak with Nelson Mandela about how they navigated change in South Africa. Northern Irelanders, in turn, speak to residents of Jerusalem.

"We have thought of peace as the passive and war as the active way of living. The opposite is true. War is not the most strenuous life. It is a kind of rest cure compared to the task of reconciling our differences."
— M. P. Follett, social worker and management consultant 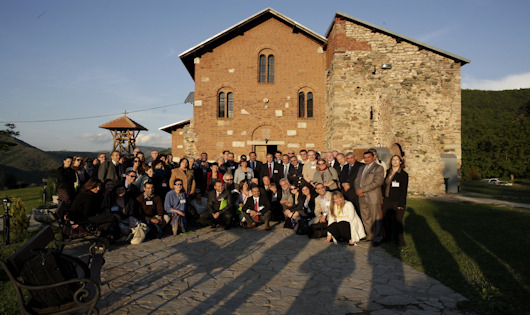 O'Malley's approach to peacemaking comes from his experiences in recovery. He compares the storytelling that goes on at an AA meeting to the kind of personal exchanges needed in the peacemaking process. "In terms of conflict resolution," he says, reconciliation is the most important thing."

All of this work and travel has worn O'Malley down and in a moment of weakness he confesses that his taxing labors on behalf of warring parties and clashing patriots as "an escape from utter despair." He worries about signs of physical decline and the twin tolls of his past addiction to alcohol and his current addiction to work. A clue to his motivation comes during a reading of a play he has written as a dialogue with Jesus. Jesus reminds him that he will have to come to the conclusion that he is not in control of the universe. O'Malley's response is revealing: "I'm looking for peace. If I can get it for others, maybe it will work its way back to me."