Directed by Emmanuel Finkiel
An emotionally intelligent French film about a woman dealing with the losses of wartime.

"I found this diary in a couple of exercise books in the blue cupboards at Neauphle-le-Chateau.

"I have no recollection of having written it.

"I know I did, I know it was I who wrote it. I recognize my own handwriting and the details of the story.

"I can see the place, the Gare d'Orsay, and the various comings and goings. But I can't see myself writing the diary.

"When would I have done so, in what year, at what times of day, in what house? I can't remember." 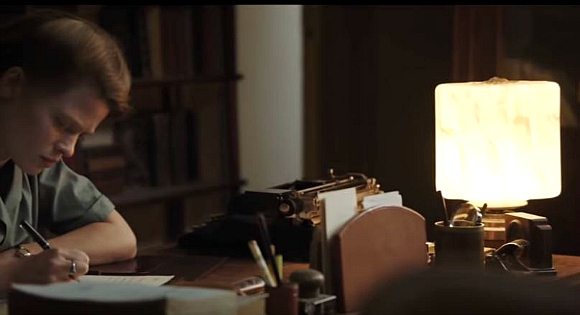 In the opening scenes of this emotionally brittle film, the writer Marguerite Duras (Melanie Thierry) comments on finding her memoir. She begins to page through it as the raw emotions of loss, pain, loving, and survival crowd into her consciousness.

During the German occupation of France in World War II, both she and her husband Robert Antelme (Emmanuel Bourdieu) worked with the French Resistance. Then, he suddenly disappears and is assumed captured by the Germans. Dionys Mascoio (Benjamin Biolay), one of the leaders of this fiery band of freedom fighters, keeps her abreast of the latest news. 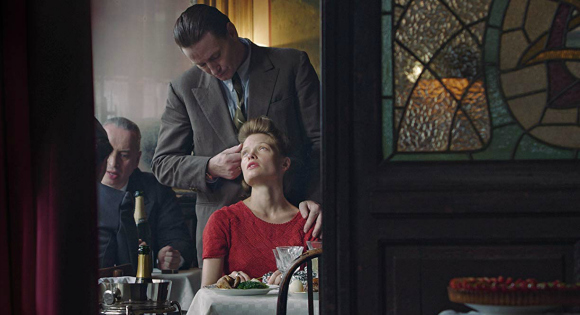 Marguerite is surprised to discover that Pierre Rabier (Benoit Magimel), a French collaborator who first arrested her husband, is willing to meet with her regularly and answer her questions about his health and his transfers from one concentration camp to another. This obedient and culturally starved soldier is impressed by Marguerite's writing talents and desperately yearns for more contact with her. He waits for some appreciation from her of what he is doing.

This emotionally intelligent French film is written and directed by Emmanuel Finkiel based on Marguerite Duras's The War: A Memoir. Melanie Thierry's nuanced and formidable performance carries the film. She conveys this complicated writer's struggles as she watches others return home from concentration camps and battlefields and, again and again, has her hopes for a reunion with her husband dashed. As we watch her slowly weaken under the constant pressure of "not knowing," we sympathize with her and all others in similar situations. Marguerite comes at last to realize that she has to go wherever loss takes her. The mystery that encompasses her carries several surprises but worn down by the war, she resists fighting them and surrenders instead to the present moment.