Directed by Desiree Akhavan
A sensitive exploration of sexuality, spirituality, and self-determination.

In a characteristically-nuanced scene at the center of Desiree Akhavan’s remarkable The Miseducation of Cameron Post, an adult asks teenaged Cameron (Chloë Grace Moretz), “Are you worth saving?” This question haunts every faithful and troubled character inhabiting the film’s delicately portrayed world of budding sexuality and misguided theology. And though each character finds disparate approaches to the answers, the tension between the drive to save one’s own life and the draw to save the lives of others proves a thorny path. 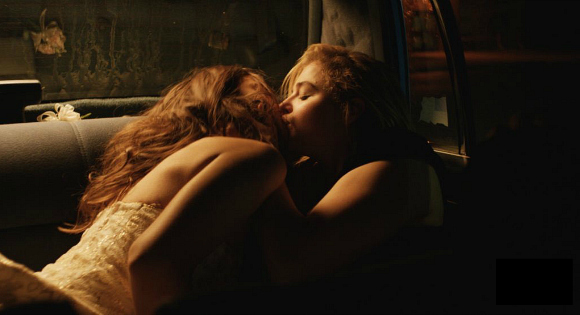 It’s 1993 (you can tell by the hair, fashions, pay phones, and pitch-perfect music selections), and Cameron’s boyfriend (Dalton Harrod) has just caught her making out with her female friend Coley (Quinn Shephard) in the back seat of his car. In addition to the shock of the obvious, the film’s opening has already established that these characters live in a world of fear-mongering “faith,” a brand of Christianity hellbent on filling young devotees’ hearts with unexplored suspicion of the dangers awaiting them outside the church’s walls. Cameron’s aunt Ruth (Kerry Butler), who regularly listens to fire and brimstone sermons on her car stereo, reacts accordingly: Cameron is immediately ejected to a conversion therapy camp called God’s Promise. From there, a classic quest from confusion to confidence unfolds, not so much a straight plot as an elegant collection of impressionistic epiphanies. 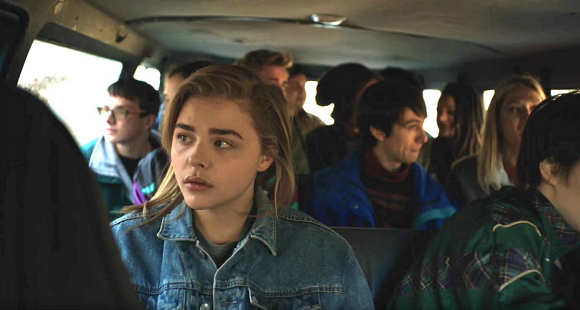 What sets the film apart from more satirical or rage-fueled explorations of religious intolerance is the keenly observed specificity of each of God’s Promise's confused, sincere “disciples.” Cameron’s entry is double-edged: She must endure the torture of anti-queer therapy, but the camp also offers the only queer community she’s ever experienced.

Upon arrival, Cameron meets Jane (Sasha Lane), a misfit at the camp who grows her own weed and who seems the most apparent antidote to the establishment’s leaders: Dr. Lydia Marsh (Jennifer Ehle), who claims to know the answers to saving youngsters from homosexuality’s lure, and her brother Reverend Rick (John Gallagher Jr.), who claims to have been saved himself. 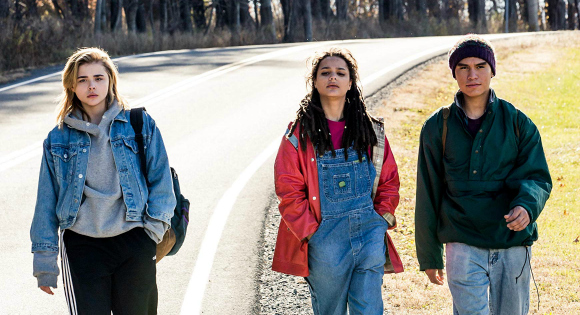 Cameron’s education continues as she observes the unique personalities of the camp’s other conversion clients, including Jane’s friend Adam Red Eagle (Forrest Goodluck), a Native American Two Spirit boy whose father is now in politics and needs his son to be more masculine for campaign optics; Cameron’s roommate Erin (Emily Skeggs), who spends large stretches of her days blissing out to a religious aerobic video called “Blessercize” (led by an overeager and scantily clad female host); and several delicately drawn supporting characters whose singular stories add to the authenticity and tragedy of the camp’s world.

Throughout, the film avoids easy answers and outmoded clichés. Akhavan is always clear on whose side she falls, and Cameron’s journey toward self-possession, along with the tragic and triumphant journeys of her campmates, is always front-and center. Since the film’s set year, gay conversion therapy has become all but completely banned, and Akhavan’s film clearly celebrates this fact. But the director is not content to dismiss the practice without exploration. She probes the depths of those whose erroneous faith tradition would push them to believe in the salvific power of such dangerous procedures. 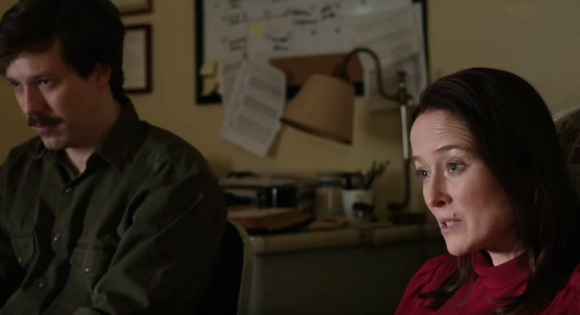 In Lydia and Rick, the film has multifaceted villains who refuse to be paint-by-number; they, too, are victims of a larger, insidious, patriarchal system. In several devastating scenes Rick lays his soul bare enough for Cameron to see beneath the sunny surface; later, a tiny wordless moment is a study in quiet, trapped devastation.

As the film ends, we sense that Cameron’s quest continues, metaphorically and literally, suggesting that the journey at God’s Promise is only the first step in a long reflective road, but that hope clearly awaits just over the horizon. The damage is real, but so is the determination, the wounds of religious trauma giving way to a spiritual salvation that moves beyond myopic judgment of self and others to an open-minded, open-armed, open-hearted existence that might just feel like freedom.