Directed by Richard Eyre
A towering performance by Emma Thompson as a British high court judge confronted by a complicated case and her own domestic challenges.

British high court judge Fiona Maye (Emma Thompson) is a very respected and busy middle-aged woman who has brought her gift of reasonableness to a wide range of custody and care disputes. Working on a complicated case involving conjoined twins, she has to decide if it is right to take the life of one in order to save the other. The Catholic parents have refused to give doctors permission to do so. 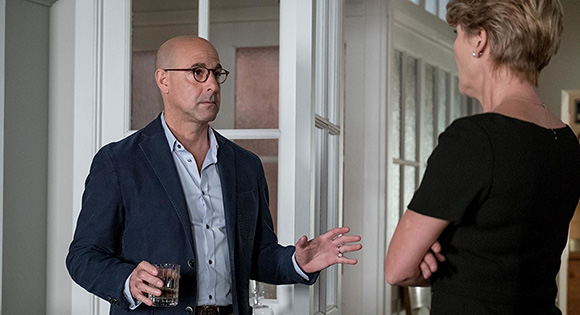 While Fiona is consumed with this case, her husband Jack (Stanley Tucci), a professor, tries to get her attention. He tries to entice her away from her desk with offers of dinner and theatre tickets but she is so immersed in her work that she barely responds. Later, frustrated and angry over her refusal to have sex or even to kiss him, Jack announces that he has decided to have an affair. Although Fiona is shocked and humiliated by this outrageous possibility, she refuses to engage in any deep conversation about refashioning their marriage beyond what therapists would describe as a brother-and-sister relationship.

Just when her own way of living is rocked by Jack's criticism another complex case arrives for her attention. Adam (Fionn Whitehead) is a 17-year-old boy in the hospital who is refusing a life-saving blood transfusion on the basis of his Jehovah's Witness religious belief. His parents support his wishes. But since he is not yet 18, under the Children Act the court can decide whether the hospital is to be allowed to treat him. 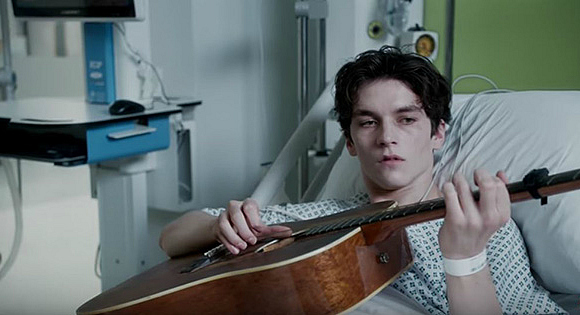 After assessing the many difficult dimensions of this case, Fiona visits Adam in the hospital. She is touched by the boy's vulnerability and creativity. A pianist herself, after listening to him play his guitar, she sings some lines from Yeats's "Down By the Salley Gardens." And then she goes back to court to rule for sanctity of life or the right to make one's own decisions about medical treatment.

Richard Eyre (Iris) directs this value-laden drama based on Ian McEwan's (Atonement) 2014 novel of the same title. The combination of McEwan's attraction to ethical conundrums, Eyre's keen talent for drawing out the nuances of character, and a towering performance by Emma Thompson (her best since 2001's Wit) combine to deliver a high-quality movie experience!