Reinaldo Marcus Green’s Monsters and Men begins with a disquieting scene ripped from the headlines. A young black man (John David Washington) joyfully sings along to the music of Al Green as he drives his car down a city street. His groove is interrupted by the sound of a police siren. He pulls over, watching intently as a white officer exits his cruiser, approaches the window, and asks for identification and registration.

The interaction is over within seconds, but the driver’s wide, unblinking eyes, the thick tension in the air, and the unspoken fact of how horrifically so many of these scenes go in real life, stretches the cinematic moment into what feels like a lifetime. And when the back-and-forth ends, and the officer leaves the frame, the driver looks down at his own lap, in which sits his own badge. He’s a police officer himself, albeit one who lives in a reality far more tenuous than any of his white colleagues could ever imagine. And his resentful fear of what could have happened to him in the blink of an eye remains written all over his unmoving face. 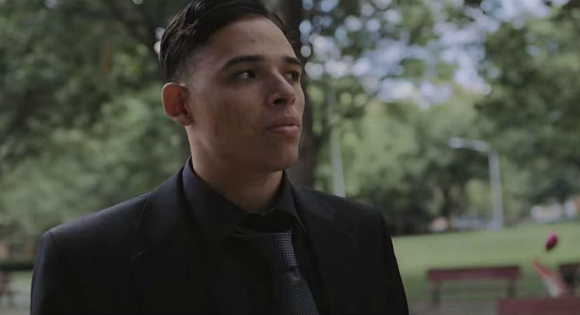 Monsters and Men is filled with many such subtle switches and subversions. Divided into three interconnecting movements, the film follows three different men of color, as each attempts to come to terms with the unwarranted police killing of unarmed and black Brooklyn neighborhood fixture Darius Larson (Samel Edwards). In the first movement, Manny (Anthony Ramos), a friend of Darius, captures the killing on his smartphone, plunging him into a crisis both existential and evident, in which he must choose whether to share the footage in an effort to seek justice for his friend or hold onto the footage in order to not upend his life just as it seems to be getting on the right track. Not only does he fear for his family if he were to make waves, but the menacing black car that follows him on the street seems to be interested in keeping him silent.

The second movement delves back into the life of police officer Dennis from the film’s opening scene, as he encounters the racism infecting his own precinct and grows more and more wary of the white officers responsible for Darius’ death. As he begins to question his black identity against his identity as a police officer, the gray area in-between threatens to drown his good intentions in confused complacency and ill-advised cooperation. 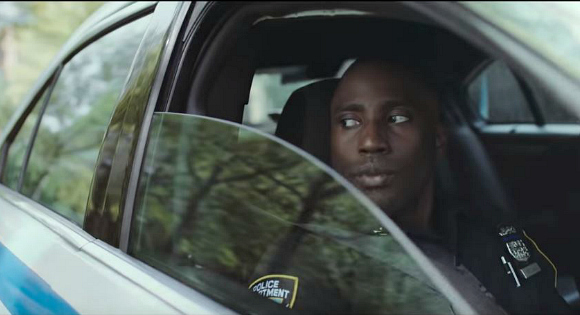 The film’s final movement widens the scope, introducing teenaged baseball star Zyric (Kelvin Harrison, Jr.) who is on the cusp of well-earned fame as the date of a scouting showcase draws near. Zyric knows the cops responsible for Darius’ demise (they’ve stopped and frisked Zyric himself at least once before), and he feels compelled to join the protests erupting around him. But pressure from his father and his own fear of rocking his bright future forces Zyric to choose between standing up for what he believes is right and staying close to the status quo that has rewarded his talent. 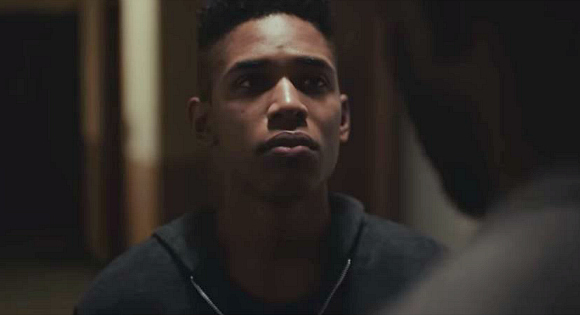 Green’s quiet and composed approach to a subject so typically charged with restless emotion and unending injustice works to his favor, as do the finely-tuned performances from all three of his leads. The influential woman in each man’s life (Jasmine Cephas Jones, Nicole Beharie, and Chanté Adams, respectively) offers a counterpoint to each man’s impulses that is simultaneously supportive and critically constructive, adding more meaningful and coercive voices to the pool of potential choices for each man, and therefore to the possibile takeaways for any attentive viewer.

The film’s point of view is consistently clear, its message an urgent and timely call to activism and civic participation. This streamlined, cogent narrative would be enough for an effective sermon or speech. But Green’s true creative feat here is in painting the ethical quandaries at the heart of each story in so many compelling shades of grey that audiences are invited to a continuing self-audit that will last far longer than the film’s compact running time. The line between monster and human is permeable and fragile, and Green’s film offers no strategic game plan for quick and easy fixes to systemic injustice. But with a combination of sensitive compassion and fierce social critique, each dicey dilemma on display urges viewers to engage in a deeper self-reflection that just might transform society one human being at a time.