A Star is Born

Directed by Bradley Cooper
Love story about two musicians finding it difficult to believe in themselves and their unique voices.

"O God
help me
to believe
the truth about myself
no matter
how beautiful it is!"
— Macrina Wiederkehr in Seasons of Your Heart

This is the fourth movie titled A Star Is Born, and this one seems to be attuned to its time with its focus on characters dealing with the disease of addiction, the career-destroying impact of low self-esteem, the balance of power in relationships, and the need to adapt to change. Couched in a melodramatic love story, these serious themes sneak into our consciousness, giving us something to think about long after the good chemistry between the leads, the turns of the storyline, and the movie's not-particularly-memorable soundtrack have slipped away. 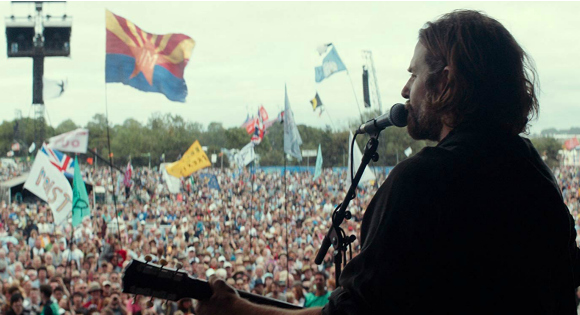 Bradley Cooper wrote the screenplay with Will Fetters and Eric Roth for his directorial debut. He also stars as Jackson Maine, a country rock singer and master guitarist who can still pack huge amphitheaters even though he's suffering from tinnitus and hearing loss. His brother and manager, Bobby (Sam Elliott), tries to keep him focused on what he can still do while also dealing with Jack's alcohol and pill abuse and self-destructive streak.

One night after a concert, Jack ends up in a club where Ally (Lady Gaga) is singing. After they have a drink together, he discovers that she is a talented songwriter who never performs her own songs publicly. She'd love a career in music, but she's always been told she isn't beautiful enough to make it. 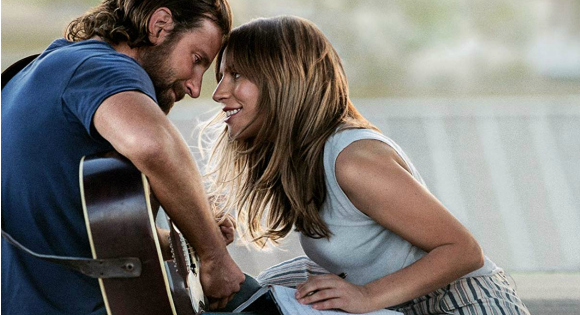 He decides to change all that. He brings her onstage during one of his big concerts and they sing her original song "Shallow" (the one sure hit from the movie) together. The video goes viral, and Ally's career takes off. She gets a record contract, a controlling manager (Rafi Gavron), Grammy nominations, and a planned tour. Now Jack has to deal not only with the changes he's experiencing and his addictions but also with the fame of the woman he's come to love.

We've seen other movies where one partner's rise occasions the other's fall, and this movie, like its namesake predecessors, follows that trajectory. But we found ourselves more interested in how both Jack and Ally try to find and keep their own unique voices. Early on, he encourages her to "just tell them what you want to say." He's drawn to her authenticity and her courage, perhaps seeing in it what he's lost. They are both vulnerable and open-hearted, which makes their love story believable and endearing. We genuinely care about whether they can share the spotlight and find the right balance between self-esteem and self-sacrifice. 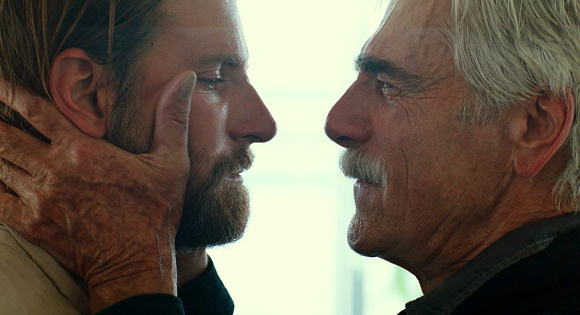 There's a wonderful moment in the film when Jack's brother Bobby describes the role of the artist. Music, he says, is just "12 notes and then the octave repeats. It's the same story told over and over. All the artist can offer the world is how he sees those 12 notes." True enough, we've seen pieces of this story before. But we still wonder until the end whether Jack and Ally can create their own variations on those 12 notes, expressing the truth about themselves, no matter how beautiful it is.