Directed by Alice Rohrwacher
A symbol-filled fable fixated on innocence, holiness, and inhumanity.

The titular, beatific hero of Italian director Alice Rohrwacher’s third feature film is a holy fool, but Lazzaro (more incarnated than simply played by newcomer Adriano Tardiolo), with his dewy eyes and contented smile, is not to be dismissed as simply Christ-like and put-upon. Over the running time of this beguiling parable about exploitation of the innocent and society’s inability to affirm and sustain kindness, this generous man-child, who seems nothing more than a mere cipher at the film’s start, transforms into something far more salvific and superlative. The essential question on Rohrwacher’s mind (she also wrote the screenplay) seems to be whether humans have the capacity to welcome such wondrous beauty. 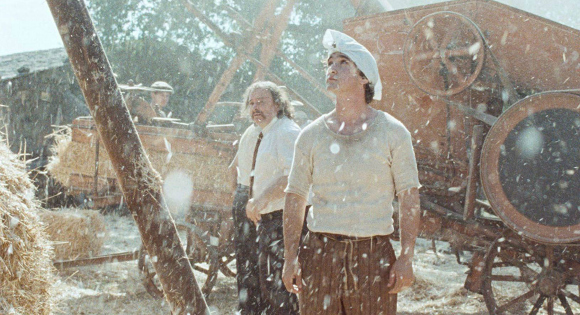 In the film’s opening moments, rural workers argue over who gets to use the one light bulb they share and watch out for sightings of a wandering wolf. This sets the tone for a timeless tale, but it is soon clear that we are in the not-too-distant past, a fact that makes the workers’ seclusion from simple modern conveniences like electricity perplexing. Further scenes reveal that Lazzaro and his fellow farmhands work on an exploitative tobacco farm winkingly called “Inviolata,” owned by “The Queen of Cigarettes,” Marchesa Alfonsina De Luna (Nicoletta Braschi), who visits periodically with her children, including her spoiled and sulky son Tancredi (Luca Chikovani).

The workers have been cut off from the outside world and therefore remain unaware that they should be paid for their work and they have rights. In a trickle-down effect, the workers abuse the easygoing beneficence of Lazzaro, who seems happily ignorant of the fact that he is doing far more work than anyone else. A constant chorus of voices shouting “Lazzaro!” in order to pile more chores onto his plate fills the first half of the film, starting off as comedy and growing increasingly more disturbing as the pleas perpetuate. 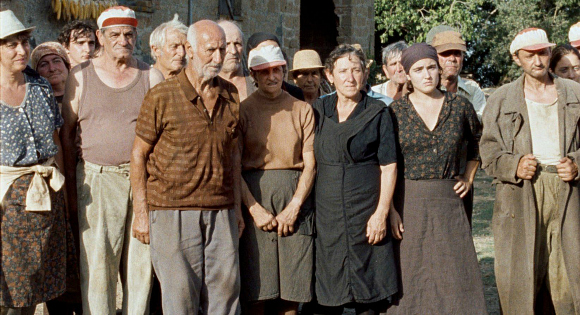 On one of the Marchesa’s visits, the bratty Tancredi shows yawning interest in the naive Lazzaro and a growing relationship between the two opposites sets off a series of incidents that will lead to liberation for the clueless workers and to something far more mysterious and resurrective for Lazzaro. In the culminating confrontation of this uneven partnership, the mystical surprises connecting the more straightforward first half of the film to the far more parabolic second half take over.

What follows reveals that Rohrwacher’s interests are far broader than merely the important real-life movements that led to the outlawing of exploitative sharecropping in Italy. She is fixated on nothing less than the symbolic and literal power of a holy fool attempting to spread open-hearted empathy in a hardhearted society. The metaphors grow in explicitness as Lazzaro journeys out of the country and into the city, where dangers even more threatening than wolves await him, and before long, the audience is witness to both gut-wrenching cruelty and uncommon grace. 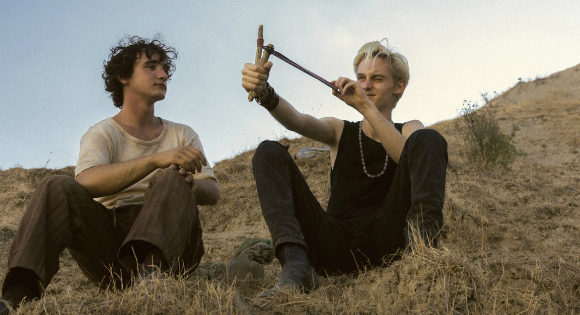 The end of Lazzaro’s story also seems like the liberative beginning of something greater. Even with more obvious symbolism and sentimentality taking over the film’s final scenes, there is no denying that this exploration of holiness in an increasingly unholy world packs a powerful wallop that balances devastation and hope in telling tension. For those seeking foundations for faith and willing to follow Lazzaro to his inevitable end (which really might not be an end at all), this unflinching exploration of uncommon benevolence might have the potential to make us believe again.