Directed by Mamoru Hosoda
An entertaining animated film about a young boy adjusting to a new baby with the help of his ancestors.

This animated film from acclaimed anime director Mamoru Hosoda and Japan's Studio Chizu presents an unusual look at a child's experience of changes in his family. Quite a few children's books these days include a section at the back of recommendations for parents and caregivers on how to use the book to address it lessons with children. Mirai could be used in similar ways as it is both entertaining and practical. 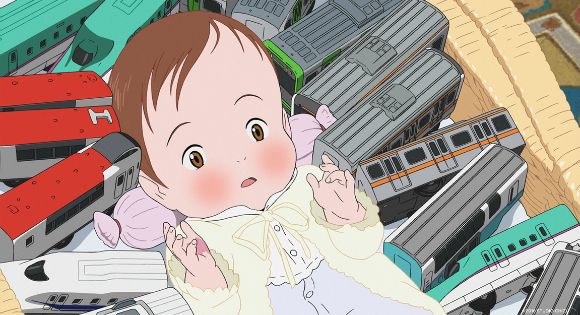 Four-year-old Kun (voiced by Jaden Waldman) has been the center of his family's life with his only competition for attention being the family dog. But then his parents (Rebecca Hall, John Cho) bring home a baby sister. They name her Mirai, meaning "future," and soon everything seems to revolve around her. Kun is told to always be nice to her and protect her, assignments that are increasingly difficult as he becomes jealous and convinced that she will get all their parents' love. After trashing their playroom, Kun goes into the garden. 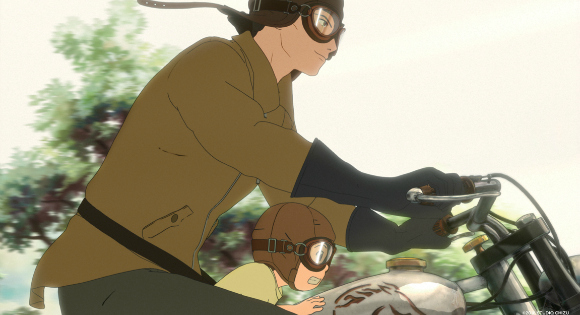 There he is surprised to meet a young man (Crispin Freeman) who also complains about the baby; he turns out to be a manifestation of the family dog. Kun then meets a girl (Victoria Grace) who is a future version of Mirai. Traveling through time, he gets glimpses of his mother as a teenager. Most helpful is his great-grandfather (Daniel Dae Kim), a motorcycle riding rebel who helps him gain the confidence to ride a bike.

Family stories are often packed with the wisdom gained from our ancestors. This film implies that we each have a responsibility to carry our wisdom into the future as well. With delightful animation, an endearing (though occasionally irritating) lead character, and a story that despite its elements of magic, seems universal, this film for children carries lessons for us all.