Directed by Yorgos Lanthimos
A battle of wits and wiles with absolutely delicious performances.

Since breaking out with his award-winning Dogtooth, director Yorgos Lanthimos has consistently crafted glimpses into cracked worlds, environments where flat line readings, absurd premises, and haunting melancholy combine to create a cinematic universe that is uniquely his own. Whether or not audiences are willing to follow his characters into the darkly deadpan Lanthimos cosmos is a good question. Even with dashes of humor, the tenor of his films can eave the heart cold; he seems to opt out of sincerity and warmth, aiming to softly shock, displaying a lack of human connection combined with emotional and physical violence. 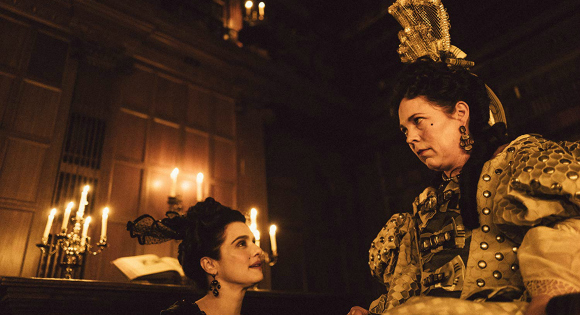 With this style well-established after several films, The Favourite might be Lanthimos’ most heartwarming film yet, and seeing as it is about vicious backbiting, petty one-upmanship, and rampant betrayal, this says something about the auteur’s entire oeuvre. But Lanthimos is not reinventing his style here. Using the seed of a true-life story and with the help of an unceasingly sharp script by Deborah Davis and Tony McNamara, The Favourite balances depravity and disappointment, historicity and hilarity with exhilarating agility, reinventing the possibilities for historical costume epics, while quietly mocking the genre the entire time. 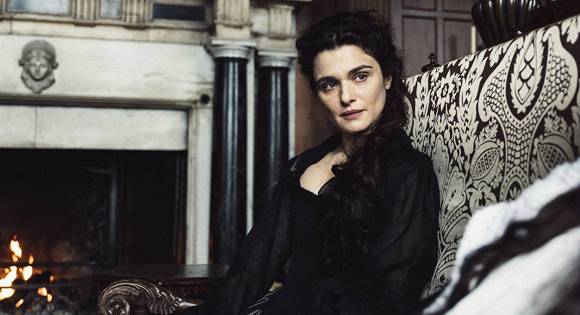 At the center of all the drama is Queen Anne (brought to roaring, whining life by Olivia Colman, in a performance not to be missed), who ruled Britain from 1702 to 1714. The story revolves around her relationships with her two closest confidantes, her “favourites,” Sarah Churchill (Rachel Weisz) and Abigail Masham (Emma Stone). At the film’s start, Sarah has been a trusted friend (with benefits) of the queen’s for some time, earning her a high place in Anne’s palace that she intends to use to continue to exploit, as the men of the kingdom play at war, whirling around the women at the center of the story with impotent idiocy. But the arrival of deceptively doe-eyed Abigail throws the entire power balance off-kilter. Abigail quickly moves from lowly housemaid to lady-in-waiting, and, for Sarah, Abigail’s rising star is nothing short of epicly annoying. 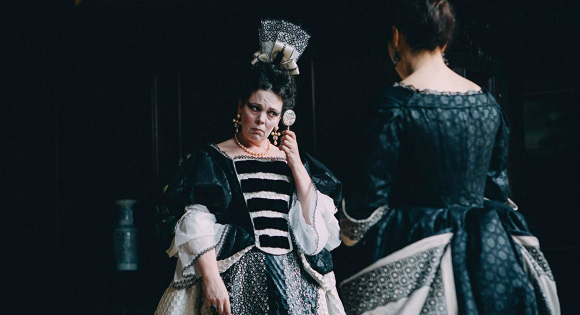 As Anne’s friends grow into one another’s foes and fight for her attention, the queen encourages the rivalry, shifting her affections like the most popular girl at school, giving just enough to each to keep them hanging on to her and holding on to their growing hatred for one another. That the actual serious happenings around the palace are mostly shown in buffoonish, confusing, often contextless glimpses only adds to the script’s point that those tasked with important power are often just as childish, if not more so, as the lowliest, orneriest teenage bullies. Instead of focusing on the typical historical drama facts, Lanthimos creates a world where few of the actual details matter. What does matter are the self-interested maneuverings and egos of fragile, frightened people. The Favourite defines political intrigue as unending schoolyard squabble.

If this snapping and backbiting were all The Favourite had going for it, it would still be a worthwhile, fun exercise, with truly brilliant performances. It’s a naughty playground for every one of its actors and works perfectly well as just that. But there is also spiritual richness to be found, even though it is buried under a crust of selfish sass. Lanthimos, Davis, and McNamara want to show the shadows that drive such cruel behavior, the disappointments and tedium that pushes privileged hearts and minds to destroy self and other. 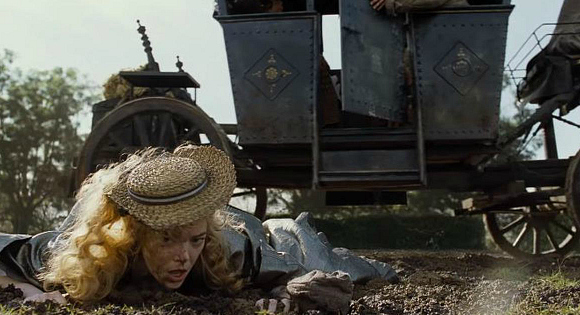 The fact that this destruction is often disguised as playful jest makes the gravity of each self-obsessed action hit even harder. For audiences who want to dig deep beneath the silly surface, there is ample interrogation of class here, complete with stinging satire of the rich, powerful, and bored, evergreen topics deserving of continuous exploration, especially in our own snarky age. The Favourite reminds audiences, with every cutting jibe, sneering comeback, and withering glance, that the act of watching walled-off and wounded souls behaving badly is an invitation to attention. It offers the chance to glance into the broken looking glass, investigate the very human tendency to life-shattering temper tantrums, and (hopefully) point ourselves in another direction.