An exploration of the big mysteries that dwarf crime conundrums.

Jennifer Rockwell (Mamie Gummer) is a world renown astrophysicist whose work on black holes has deeply disturbed her. In a revealing talk given at the observatory where she has spent so much of her time scanning the skies, this brilliant woman asks: "Do you know your place in the universe?" 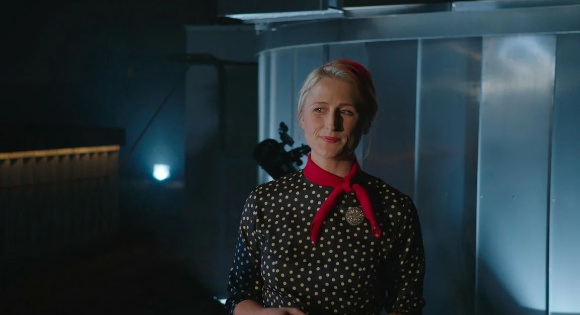 This is a tantalizing question to ask yourself and even more profound to sit at the center of a crime story. When Jennifer is found dead, detective Mike Hoolihan (the inimitable Patricia Clarkson) takes the homicide case. Like the scientist, she is filled with troubling questions and murky memories of the past.

Jennifer's identity has taken many permutations over the years and her relationship with her parents had been odd to say the least. Her father, Colonel Tom (James Caan), is a Vietnam veteran and a business magnate. Her mother, Miriam (Jacki Weaver), has felt isolated by her husband's infatuation with his perfect daughter. 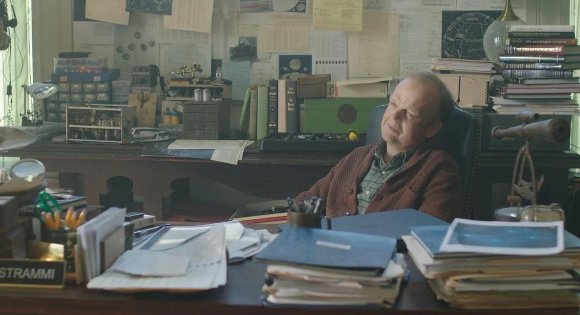 For a while Hoolihan suspects two of Jennifer's academic colleagues (Jonathan Majors and Toby Jones) could be the murderer, but then she creates an enthralling scenario in which the astrophysicist has committed suicide. This grim possibility unhinges Hoolihan as she experiences a close encounter with her own dark side.

Out of Blue is one of those rare detective stories where solving the crime and bringing the killer to justice are secondary to the pleasure and edification we receive from the larger mysteries presented as part of the human adventure. To explore this aspect of the film experience, read the opening speech by Jennifer Rockwell below. What phrases and ideas stand out to you? What are they telling you about your own life and purpose?

"We do not simply live in the universe. The universe lives within us.

"The catastrophic death of a star brings new life to the universe. In order for us to live a star must die. We are all stardust. 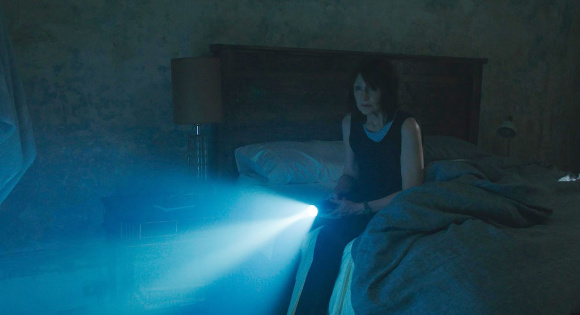 "90% of the matter in the universe is invisible, unidentified. There is much we can't see, detect or comprehend yet we spend our lives trying to get to the heart of this dark energy, this dark matter. And you can tell a lot by looking."