Directed by Charles Martin Smith
A touching story about the emotional life of a dog who is separated from her family.

When Charles Martin Smith starred in the movie Never Cry Wolf, we were taken up with the lead character's fascination with animals. The actor's love of his fellow creatures on Earth has also come through in his direction of Dolphin Tale, Dolphin Tale 2, and Air Bud. 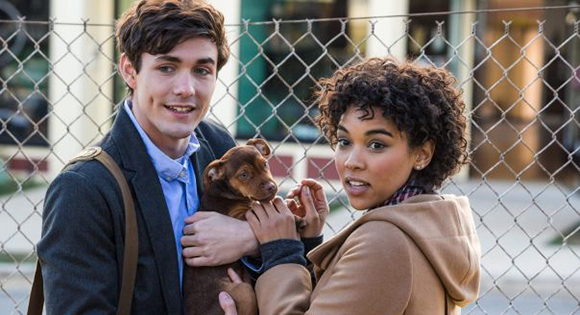 Now Smith is the guiding hand behind A Dog's Way Home. It opens with scenes of stray dogs and cats living by an urban construction site. When animal control discovers them, many kittens, a pit bull mother, and most of her puppies are taken away. One puppy – the star of this adventure – escapes capture and is cared for by the remaining mother cat. When a builder begins demolishing their home, a young man who has been feeding the strays rescues the puppy. He names her Bella. 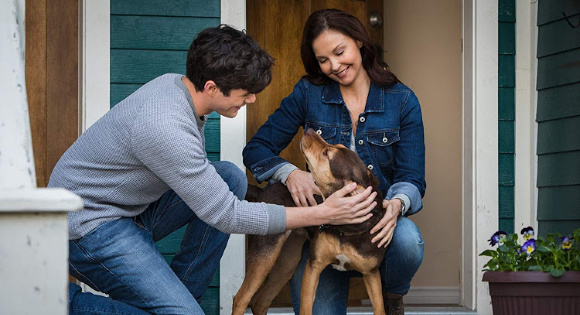 Bella (voiced by Bryce Dallas Howard) is deliriously happy living with Lukas (Jonah Hauer-King) and his mother Terri (Ashley Judd). But their happy life is disrupted when a particularly mean animal control agent (John Cassini) informs them that since Bella looks like a pit bull, she must be removed from their home; there is a law forbidding this breed in Denver. While they look for another place to live, Lukas' girlfriend Olivia (Alexandra Shipp) arranges for her aunt to take in Bella, but she lives 400 miles away.

The rest of the movie focuses on Bella's journey to get back to Lukas. She jumps a fence, and wanders through fields, forests, and mountainous areas. She befriends a cougar kitten, and they protect each other. For a while, she lives with a couple men who discover her while skiing. But her goal remains the same: to follow a command she learned from Lukas: to "go home." 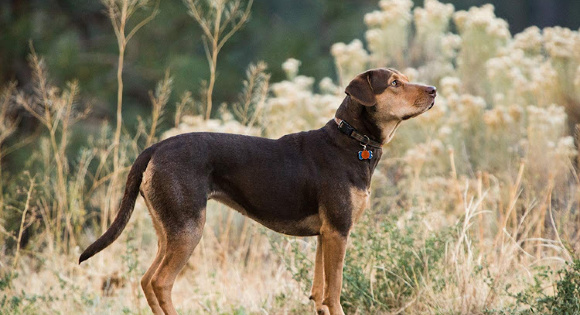 Young children may be scared in parts of this movie, but for most of it they and adults watching with them will be amazed at Bella's determination, resilience, and courage. As scientist Rupert Sheldrake has pointed out, dogs and other animals have exquisite homing devices which sometimes enable them to return home no matter how far the distance.

Smith manages to help us appreciate and reverence the emotional life of dogs. We realize that they are able to overcome feelings of fear and despair and derive great pleasure in love, empathy, nurturing, and play.