Directed by Bille August
The visions, flaws, and setbacks of a gifted young man who wants to be a Master of the Universe.

Henrik Pontoppidan is the Danish author of three thematically rich novels and in 1917, he won the Nobel Prize for literature. Ten years later on his seventieth birthday, Pontoppidan was praised by Thomas Mann as "a full-blooded storyteller who scrutinizes our lives and society so intensely that he ranks within the highest class of European writers."

Originally called Lykke-Per (Lucky Per), this spiritually rich novel was not published in English until 2010 even though it was released serially in between 1898 and 1904. Scholar Flemming Behrendt lauded A Fortunate Man as one of the most reread and talked about fictional works in Danish literary history. Watching this screen adaptation by Bille August (director of the Academy Award-winning Pele the Conqueror), we can see why. 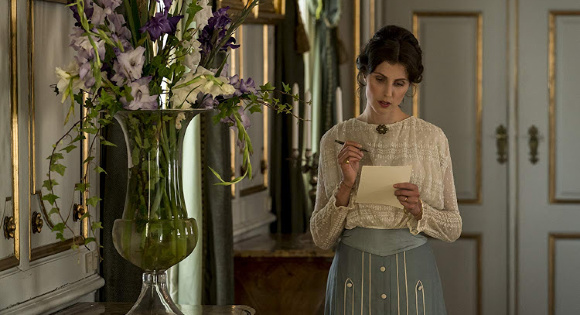 It focuses on the vocational and romantic adventures of a visionary architect during a period of great social, political, and cultural ferment as the rich and the poor, Christians and non-believers, and traditionalists and modernists clashed with each other as they tried to take control of the future in an intellectually embattled Denmark. This masterwork also takes within its wide embrace the compelling and immensely appealing portrait of a brilliant and beautiful Jewish woman who is resilient enough to change the course of her life and embark on a richly rewarding path where she puts others before herself.

The drama abounds with scenes of human exhilaration and moments of dark loss. When we first meet Peter (Esben Smed) he is leaving his rural home to attend school in Copenhagen. His father (Anders Hove), a Christian minister who believes in an angry and judging God, refuses to give him any money because Peter has no intention of following in his father's footsteps. They end up screaming at each other. 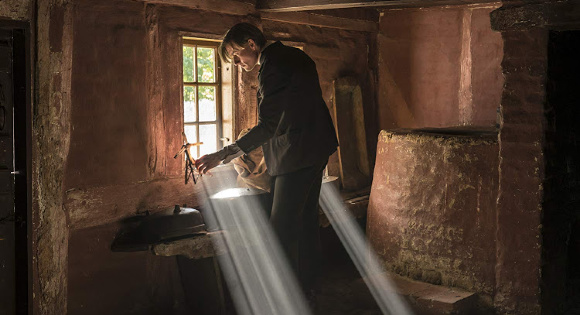 Once he gets to engineering school in the city, Peter calms down. He rejoices in the new feelings of freedom and possibility. He is convinced that he will now be able to share with the world his complicated and ambitious vision of a future where wind and water power are used to create electricity, making Denmark a real player on the world economic stage. He is so obsessed with this project that he works on it at night in his small flat and even during his classes.

Good fortune tumbles into this confident young man's hands when he becomes the favorite of Ivan Salomon (Benjamin Kitter); his father, Phillip Salomon (Tommy Kenter), a banker, is one of the richest men in town. This family's two daughters are precious in their sight and they have high hopes for them. At first, Peter is drawn to the flirtatious one (Julie Christiansen), but when the older sister, Jakobe (Katrine Greis-Rosenthal), takes his side during a dinner debate, he is smitten with her way with words and spirit of independence. The obstacle facing him in this emotional predicament is that Jakobe's parents are expecting her to marry Eybert (Rasmus Bjerg), a member of synagogue and a rich man.

Just when both his vocational dreams and his sexual yearning for Jakobe are nearing fruition, Peter's good fortune begins to collapse. The Salomons have gathered a consortium to help fund his electricity project, but first he has to get the approval of a government official, who insists on taking control. Peter reacts with anger, indignation, and name-calling — an emotional bomb that destroys his chances of proceeding with the project. His inability to compromise, apologize, or exhibit any form of humility proves to be a fatal flaw. 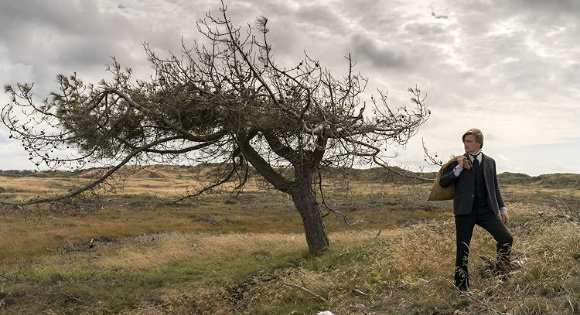 The second flaw in Peter's character is evident when he refuses to forgive and reconcile with his father during the old preacher's final days. After he treats his dying mother with the same disrespect, his brother tries to intervene, but it is really up to Peter to change.

The third flaw is a streak of entitlement which is part and parcel of Peter's personality. He expects the world to give him what he expects — only the very best. In the last sections of A Fortunate Man, we see the results of his flaws.

There is only one path that can help heal someone who has dreamed of being a "Master of the Universe." It involves returning, not seeking, and giving, not taking.