Director Zhangke Jia has built a solid career on crafting potent glimpses into the complexities of 21st century Chinese life, and his latest effort, Ash Is Purest White, takes this well-established style and subject to epic heights. Spanning the transformative years between 2001 and 2018, this lengthy melodrama, peppered with spikes of both gentle and jabbing humor, is an absorbing journey. It does what all lasting epics can do; it takes root in the very particular, only to unfold in ever-expanding layers of universal power, until viewers are not only playing audience to one specific, modern story, but are also engulfed in a story of themselves, a story as old as humanity itself. 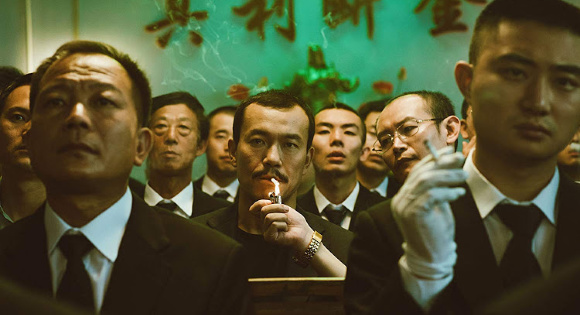 The particular story is divided into three parts, all tracking the developing adventures of the no-nonsense Qiao (Zhao Tao) and her charismatic lover Bin (Liao Fan). In the bustling 2001 of the film’s first third, these two snappy leaders rule a scrappy underworld jianghu community in Datong, a coal mining city bordering Inner Mongolia. Qiao is a capable, clear-headed woman in a world of unruly, mercurial men, and these opening scenes lay the foundation for all that will follow over the course of seventeen years — the harm and heartbreak, the disappointment and sacrifice. The film initially feels like something out of 1940s Hollywood; with Tao’s effortless performance at the center, these early moments have the timing and tenor of classic gangster movies. As in those films, even the most lighthearted interactions hold the simmering threat of potential violence beneath their sunnier surfaces. 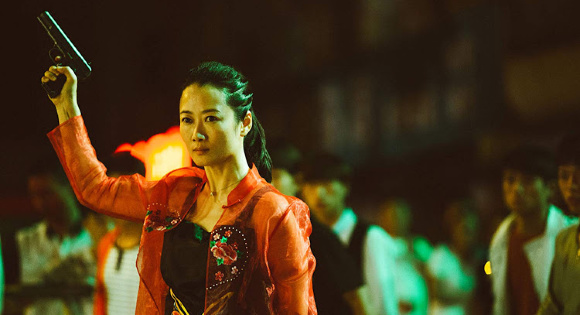 This violence does rear its head. Bin has enemies, as most men in his business do, and when he is confronted one night by a rival gang in a moment of shocking intensity, the film both takes an inevitable turn and begins to transcend its stock confines. In a move to end the life-threatening scuffle, Qiao unsheathes her illegally-owned gun (given to her by Bin) and fires warning shots into the air. Before she can fast talk her way out of it, she’s arrested and in prison, lying to save her man from a long sentence himself and symbolically taking the fall for men in general.

This might sound like typical gangster movie fodder, but what follows (particularly after Qiao is released from prison after five years and is dropped into the more desolate 2006 of the film’s second part) evolves into something more surprisingly affecting, a meditation on misdirection and lost time, on misplaced love and self-deception’s tricky ability to misguide the heart. 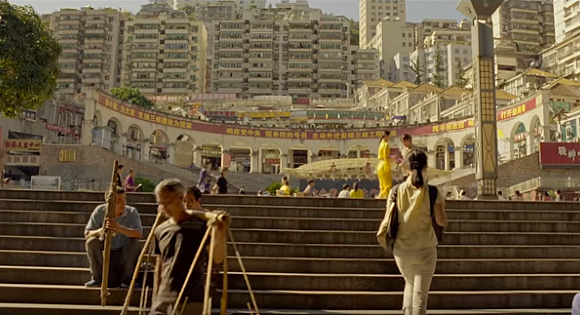 Bin has been completely silent and absent while Qiao has served her sentence, and her subsequent quixotic search for both him and for their prior life takes up the bulk of the remainder of the film. As Qiao meanders through her post-prison reality, Jia populates her journey with characters and situations that bring the class and industrial complications of post-boom China to the forefront. The film’s English title (which stems from a conversation between Qiao and Bin about a dormant volcano) feels apt as Qiao observes the ashen world around her, listening more than plotting, seeking understanding rather than volcanic revenge. 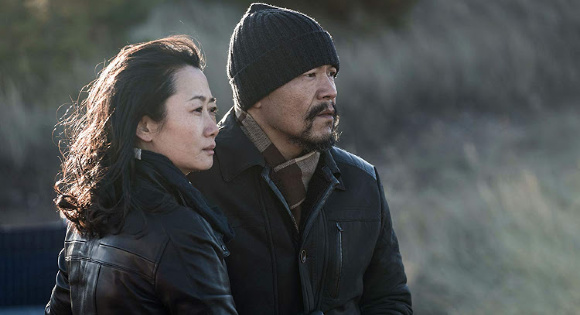 In the film’s third part, Jia’s decision to not follow the typical revenge plot formula and Qiao’s decision to pursue reconciliation with Bin move the story into a wholly spiritual realm. Though Qiao’s sense of self-sacrifice might be off-putting in a less-nuanced film, both Tao’s performance and Jia’s deft excavation of Chinese life in a tentative 2018 lift Qiao’s experience from the ashes of disappointment to a subtly effective level, suggesting that there is something even more powerful than revenge: self-determined forgiveness.

This flipping of the typical scorched earth revenge fantasy trope nudges this very particular tale into its epic potential. Qiao is a quiet and contemplative hero in a world where might and fight usually make “right.” Her refusal to give in to the brutal rules of the life she’s known make her less of a saintly martyr than an evolved model for enlightened living. As Qiao quietly shapes herself into who she must be in order to resurrect from the ashes, her deep sense of self-possession is earth-shakingly explosive.