Directed by Greg Kinnear
Dramedy about a depressed middle-ager who tries to unravel the mysteries of life.

"Until we accept the fact that life itself is founded in mystery,
we shall learn nothing."
— Henry Miller

Phil (Greg Kinnear) is a depressed middle-aged dentist who is still
feeling lonely and sorry for himself after a recent divorce. His attempt to commit suicide by jumping off a bridge is interrupted by some young people passing by who shout that he should just do it. The only reasons he has to go on are a teenage daughter (Megan Charpentier) he wants to connect with and a brother (Jay Duplass) who genuinely cares about him. 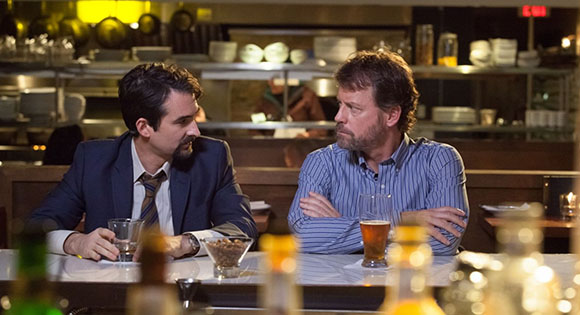 "Without mysteries, life would be very dull indeed.
What would be left to strive for if everything were known?"
— Charles de Lint

Like many other middle-aged Americans. Phil is disappointed with his life. When Mr. Fisk (Bradley Whitford), a new patient, comes in and shares his optimistic philosophy of life, the dentist wonders why he can't achieve the same inner calm. He decides to follow Fisk around to figure out his secrets to happiness. He notices him interacting with his neighbors and enjoying an evening out with his family. Then on a country road, he sees him get out of his car and walk into a forest. Following him, Phil discovers that this man with the seemingly perfect life has hung himself. 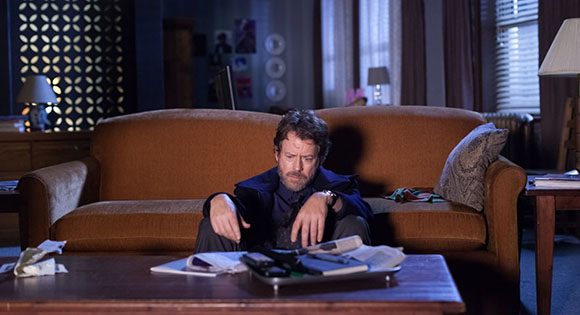 "I have come to believe that the whole world is an enigma,
a harmless enigma that is made terrible
by our own mad attempt to interpret it
as though it had an underlying truth."
— Umberto Eco

Now Phil is really confused! He becomes convinced that if he can just figure out why Fisk killed himself, he can make more sense out of his own life. His obsession with finding answers leads to some outrageous behavior. 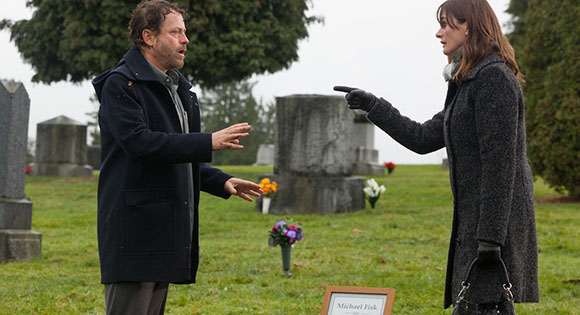 Gregg Linnear does double duty as director and the sad lead character who goes on a quest for meaning. The drama becomes somewhat silly when Phil gains access to Fisk's widow Alicia (Emily Mortimer) by assuming the identity of Spiros, her husband's friend from years earlier when he was visiting Greece.

Kinnear, always able to convey a depth of emotions, manages to keep the story focused on the spiritual practice of mystery, which is always generous in its embrace.

R - some language, a violent/disturbing image